Republican Governors Dump on the Unemployed, Refuse to Help Them. Are They Just Crazy Now? 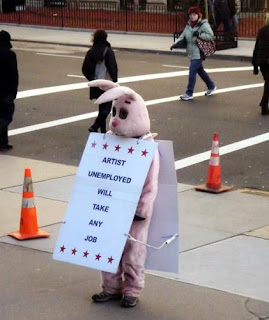 I’ve been meaning to write a piece on the outrageous balls it takes for the southern governors who have openly pronounced to the citizens of their state they will not expand unemployment benefits in a deep recession. What kind of person would leave Americans and their families in such an incredibly brutal situation?

I can now defer to the NY Times:

Imagine yourself jobless and struggling to feed your family while the governor of your state threatens to reject tens of millions of dollars in federal aid earmarked for the unemployed.
That is precisely what is happening in poverty-ridden states like Louisiana and Mississippi where Republican governors are threatening to turnaway federal aid rather than expand access to unemployment insurance programs in ways that many other states did a long time ago. What makes these bad decisions worse is that they are little more than political posturing by rising Republican stars, like Gov. Bobby Jindal of Louisiana and Gov. Mark Sanford of South Carolina.

This behavior reinforces the disturbing conclusion that the Republican Party seems more interested in ideological warfare than in working on policies that get the country back on track. 63 percent said Republicans in Congress opposed the
stimulus package primarily for political reasons, not because they thought it
would be bad for the economy. But even if new taxes are required at some
point, the new federal standards would protect more unemployed workers than ever before and bring states like Louisiana, Mississippi and Texas into the 21st
century.

After dumping on auto workers and the unemployed, it’s hard to imagine anyone who works for a living, siding with the Republican corporate tax cutters.