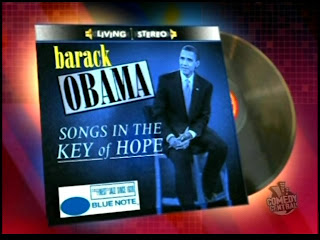 talk on the right (my conservative friend is an invaluable source) will focus in some way on the assumption that racism is no longer a problem, and the election of Barack Obama to the nations highest seat is proof. Affirmative action should no longer be an element of creating societal balance and job opportunities.

A new study supports some progress, but no where near what the Republican spin machine is claiming.

President Obama spurred a dramatic change in the way whites think about African-Americans according to a new study. Florida State University Psychology Professor Ashby Plant and University of Wisconsin-Madison Professor Patricia Devine have documented a decrease in racial prejudice during the Fall 2008 period between the Democratic Party's nomination of Barack Obama and the Nov. 4 election.

They call it the Obama Effect."The unprecedented drop in implicit bias observed in our studies indicates that the impact of Obama's historic campaign went beyond his winning the election … we are encouraged by the early returns."

About 300 non-black (white, Asian or Hispanic) college students in Wisconsin and Florida participated in a variety of experiments and surveys designed to measure stereotyping and implicit prejudice - that is, the kind of prejudice that is typically described as "automatic" or "knee-jerk" and, although not directly stated, can influence people's behavior. The researchers found that 51 percent of the participants demonstrated automatic preferences for white people. This is significant because previous research … typically has found that about 80 percent of white people demonstrate an automatic preference for other whites.

They asked participants what comes to mind when they think of African-Americans … Almost 22 percent listed Obama on at least one list, and 50 percent named at least one other positive exemplar such as Martin Luther King Jr. Plant said. "We were able to demonstrate that the accessibility of positive exemplars in people's minds was related to their degree of implicit bias."

Although researchers found a decrease in stereotyping of blacks, it is still notable that 51 percent demonstrated a bias against blacks, Plant said. "It is possible they were less exposed to the campaign media blitz. Alternatively, the strength and stability of their racial attitudes may have resulted in a resistance to change.

"The researchers noted that the longevity of the effects is unclear, and it's also not known whether the positive impact of the exposure to Obama will continue. The success of his presidency may have implications for his future role as an exemplar. "If his presidency is highly successful, he would activate positive traits, thoughts and feelings for most people," the researchers said. "However, the result may be less positive should his presidency prove to be less successful."