Apparently RedState is so desperate for page hits that even when they're exposed as sexist hypocrites for bashing Hillary Clinton, they don't mind getting attention. Here's RedStates condescending comment:


"If Hillary Clinton possesses any unique selling proposition beyond proving even a homely woman can sleep her way into power, it is her tenure as Barack Obama's secretary of state. That seems to be a slender enough reed when polls show the electorate could give a flying rat's patootie about experience and favor a change agent above all."

Here's what Media Matters simply pointed out after RedState banned Trump for his sexist comments to Megyn Kelly: 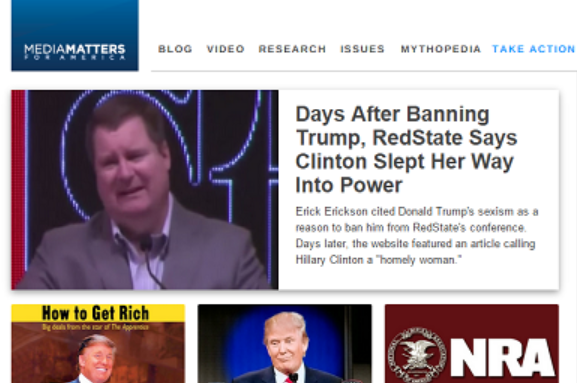 Here's how shameless hypocrites and bullies respond to getting even more attention (bottom of pic): 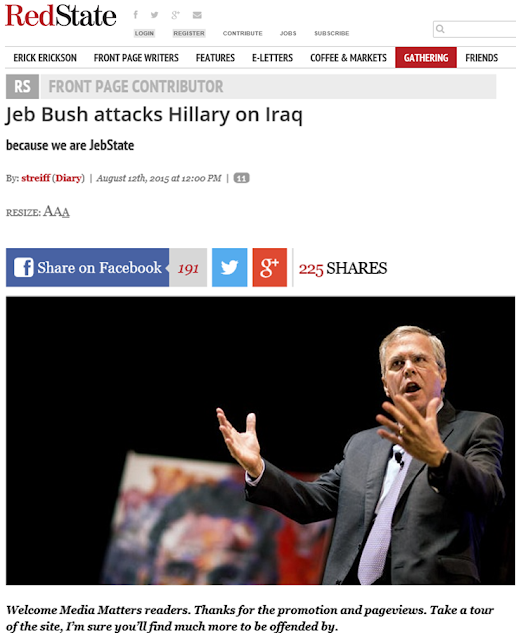