You read that right, the public is interested in seeing unions grow again, despite the right wing attempts to return our nation to a slave labor economy.

The south is of course convinced no one wants them anymore, big surprise. But after so many years, they're used to wallowing in their own misery, blaming themselves for everything their politicians did to their way of life. And let's be honest, Republicans don't like unions funding the Democratic Party. That's been made pretty obvious by the favored unions supporting the GOP:

Gallup: Approximately one in eight working adults in the U.S. (12%) belong to a labor union, equivalent to 8% of all Americans. More broadly, 17% of Americans live in a household where at least one person belongs to a union.

But, notably, this varies markedly by region, with just 6% of adults in the South living in a union household, compared with 18% in the West and roughly a quarter in the East (24%) and Midwest (23%). Membership is also higher among nonwhites (24%) than whites (13%), and among Democrats (24%) than Republicans and independents (13% each). 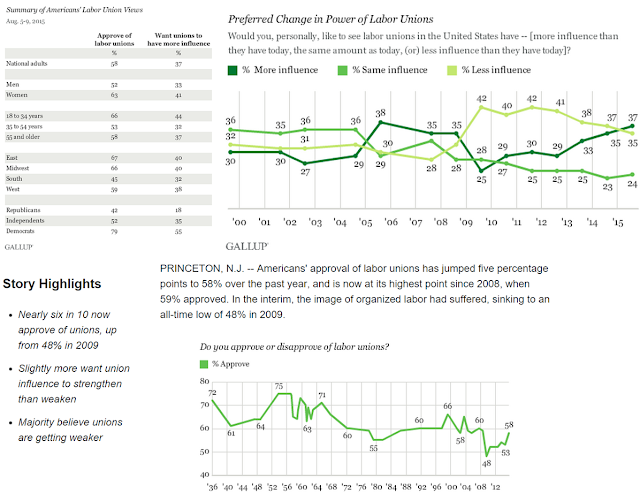