Wisconsin DNR handed over to the Foxes. CCR’s “Green River” about to include our lakes, and be named our state tourism song. 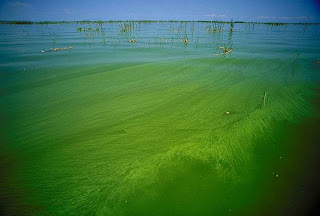 There’s nothing like putting a critic in charge of the state DNR to take it down a peg or two.

WSJ: Cathy Stepp, a former Republican state senator and out spoken critic of the state Department of Natural Resources, was named Thursday to head the agency by Gov.-elect Scott Walker.

“I wanted someone with a chamber-of-commerce mentality,” Walker said.

And that’s just what Republicans do when they’re in power; put the fox in charge of the chicken coop.

Walker said he chose Stepp because her experience as both a business owner and a former member of the Natural Resources Board will allow her to balance environmental protection with economic development.

How could it not be balanced? Stepp isn’t the only fox in charge:

Joining Stepp at the DNR as deputy secretary will be Matt Moroney, an attorney and former executive director of the Metropolitan Builders of Greater Milwaukee.

What kind of fox will Stepp be, guarding the DNR chicken coop?

In a post on a conservative blog last year, Stepp said the people who work at the DNR tend to be “anti-development, anti-transportation, and pro-garter snakes, karner blue butterflies, etc.” In the same post, she called agency employees “unelected bureaucrats” who tend to “come up with some pretty outrageous stuff that those of us in the real world have to contend with.”

After which Cathy “the fox” Stepp said with a gleeful glint in her crafty eyes:

Her past criticisms of the DNR should not affect morale at the agency. “I think it is going to be helpful,” Stepp said.

What a morale booster!! In this land of lakes and streams, where tourism and quality of life mean everything, Walker wonders if maybe the price of preserving clean water in Wisconsin could survive a “cost-benefit analysis:”

Walker expects more review of environmental regulations and rules … cited rules recently passed to regulate the discharge of phosphorus, a pollutant that spurs growth of weeds and algae in lakes and streams. Walker said the phosphorus rules could hurt local governments that have to pay for new treatment systems.

“Without a doubt, we’ll be doing a cost-benefit analysis of every rule,” Walker said.

Like any successful business, hiring knowledgeable professionals is a no brainer…or is it? Don’t say we weren’t warned:

George Meyer, who served as DNR secretary while Stepp was on the Natural Resources Board, said his biggest concern is that none of those named to take leadership roles at the DNR have a professional back ground in natural resource management.

What Meyer meant to say is; “The foxes are now in charge of the chicken coop.” When it comes to "going green," Republicans can now point to the color of our lakes.
Posted by John Peterson, Democurmudgeon at 12/31/2010 11:36:00 AM