Republicans are NOT friendly to those businesses it doesn't like!!!

Politifact substantiated the cut throat business conducted by the Metropolitan Milwaukee Association of Commerce. After supporting Talgo’s move to Milwaukee, it cut its ties to the train maker when Scott Walker and Republicans took aim at killing the high speed trains routes from Milwaukee to Madison. Guess you can’t be the only conservative in the room with a different opinion, in support of business. 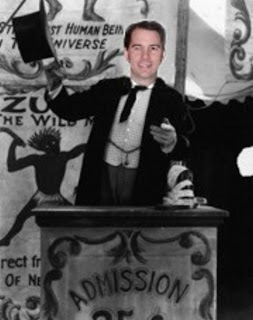 History: Talgo won a $43.1 million no-bid contract to build two trains for Amtrak service between Milwaukee and Chicago. Talgo also received an option for two more trains as part of $810 million in federal funds for a planned high-speed route from Milwaukee to Madison. The firm was in the process of hiring 125 people to build the trains when the project hit the wall. Virtually all of that federal money was withdrawn Dec. 9 and sent to other states after Governor-elect Scott Walker held fast to his opposition to the Milwaukee-Madison link.

It was then Talgo got stiffed by MMAC:

Talgo issued a statement … directed at the Metropolitan Milwaukee Association of Commerce: "Talgo was encouraged by the business community to move to Wisconsin, and they were silent about the very same facts that made this project the only one in the nation that qualified to be fully funded by the federal government."

MMAC president Tim Sheehy; The high speed train situation, he said … was a 50-50 split: Said Sheehy: "When you have a membership split so dramatically and so evenly on an issue you don’t have anything to lobby for." Talgo said it would pull out the manufacturing jobs after the work was done. Some 60 maintenance jobs will remain.

The state lost $810 million in federal funds, Talgo’s train manufacturing jobs and the area’s leading business group and political leaders have a black eye for wooing and then freezing out an international business. Some of Talgo’s ire was directed toward the MMAC, for not speaking out on its behalf. The organization said its hands were tied by a split membership …

We rate the statement True.