Arizona Trying to Ration Health Care by the Hundreds of Thousands. GOP Does it all: First Death Panels, now Rationing. 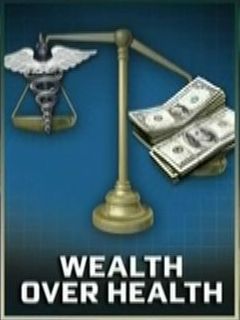 Draconian health care cuts are on the way to every state in the country, thanks to the new Republican House of Representatives, who will not provide stimulus money for cash strapped states, like the last congress.


(AP) — Arizona Gov. Jan Brewer said Thursday she'll ask for a waiver under the federal health care overhaul so Arizona can reduce its Medicaid rolls to lower costs that Brewer and fellow Republicans say the cash-short state can't afford. If approved, the change could mean the loss of government-funded health care for hundreds of thousands of people.

That's not all, Arizona Republicans tried to take coverage away from their citizens before:

The 250,000 people are among approximately 310,000 people covered by AHHHCS under a 2000 eligibility expansion approved under a voter-approved law known as Proposition 204.

Any reduction of Proposition 204 eligibility is almost certain to be challenged in state court on grounds that the Arizona Constitution generally bars the Legislature from repealing or acting in contrary to voter-approved laws.