So Far, Republicans are the Only Ones Proposing Health Care Rationing 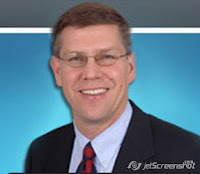 I've already written about Wisconsin's own state Rep. Brett Davis demanding vaccine rationing for pregnant women in prison because they're criminals and don't deserve it.

AP-Minnesota U.S. Rep. Erik Paulsen. Paulsen, a Republican, sent a letter today to U.S. Health and Human Services Secretary Kathleen Sebelius and Secretary of the U.S. Army John McHugh expressing opposition to reports that detainees being held at Guantanamo Bay naval base will soon be offered H1N1 vaccinations. "It is entirely unacceptable to make this vaccine available to detainees while millions of law-abiding Americans are forced to wait in line," he wrote.

Army Maj. James Crabtree, a spokesman for the U.S. jail facility in southeast Cuba, told the Associated Press that the doses should start arriving this month, with guards and then (215) inmates scheduled for inoculations. He acknowledged there may be an "emotional response" from critics, but he said U.S. military officials are "responsible for the health and care of the detainee population."