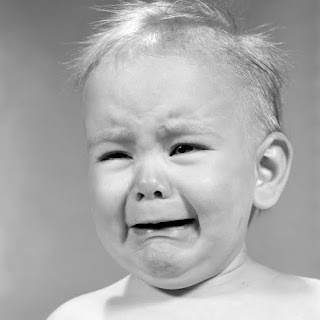 I found this shocking bit of information online at Fox News:

In 2007, a British High Court judge ruled that Al Gore's global warming film contained nine significant errors and should no longer be screened in schools unless accompanied by guidance notes to balance Gore's "one-sided" views.

Errors? That can't be good. So the media picked up on it by "activist" journalists, the most non-partisan kind:

Buoyed by the ruling, two Irish journalists -- Phelim McAleer and Ann McElhinney -- released a documentary in which they gather evidence outlining the damage of global warming hysteria. In "Not Evil Just Wrong," they challenge the claims made in Gore's film and conclude that the film is not worth screening in schools because it is shown there as "an article of science, not faith."

But what were the "errors" that prompted a ban in schools and a counter documentary? You won't believe this…

The film's "apocalyptic vision" was not an impartial analysis of climate change, High Court Judge Michael Burton said, adding that the film is "substantially founded up scientific research and fact" but that the errors were made in "the context of alarmism and exaggeration."

McAleer said he believes the incident shows that the members of the Society of Environmental Journalists are simply environmentalists, not journalists. "They see it's their duty to protect the multi-millionaire politician/businessman, rather than support the journalist asking difficult questions," he said.

Setting the Record Straight: The Society of Environmental Journalists is NOT an environmental group as McAleer portrays. That calls into question his judgements on other issues as well, doesn't it. They are:

The Society of Environmental Journalists is the only North-American membership association of professional journalists b dedicated to more and better coverage of environment-related issues. SEJ’s mission is to strengthen the quality, reach and viability of journalism across all media to advance public understanding of environmental issues.