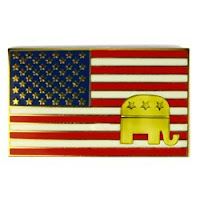 I ran across an activist site bent on the destruction of all evil liberal groups that are plotting to destroy conservatives slowly, methodically, with inaction and compromise. Those liberals will apparently talk Republicans into submission. You have got to love the way they describe their imagined foes.

RightMarch.com's "battle plan" against the forces of the Left TODAY!

I want to FIGHT BACK against the shrill voices of liberal groups, and show America -- AND America's elite liberal media -- that the majority of the citizens of our country are conservative!

According to every survey (except push polls), on almost every issue, the country leans liberal.

I understand that the cost for the actions that RightMarch.com takes can be very high, especially the cost of getting the word out. You can count on me to help pay for those actions, and to get the word out to others to help, too. Then NO ONE will be able to IGNORE us at that point, regardless of whether the liberal media tries to cover their eyes and ears. WE WILL BE SEEN AND HEARD! Please, give whatever you can today -- help us spread the word of conservative activism, from sea to shining sea. Thank you!

With over 90 percent of talk radio in conservative hands, a political Justice Department, think tanks and a U.S. Supreme Court decidedly in their back pocket, how can you not see them as victims and hostages by their liberal captors of slightly afraid politicians?
Posted by John Peterson, Democurmudgeon at 7/12/2008 06:07:00 PM