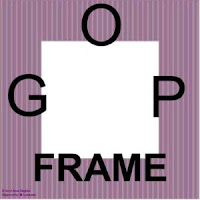 U.S. News played along with most other media outlets complaining Barack Obama refused to admit the Iraqi surge worked. Here’s how they worded their viewpoint:

ABC World News reports that during a press conference in Israel yesterday, Sen. Barack Obama "was asked repeatedly about comments he made to ABC News Monday in which he stood by his original opposition to the surge, despite its success. Katie Couric asked him, "Do you think the level of security in Iraq would exist today without the surge?" Obama said, "I have no idea what would have happened had we applied my approach, which was to put more pressure on the Iraqis to arrive at a political reconciliation. So this is all hypotheticals.”

So far, it looks like Obama wants to side step the issue. But wait. Let’s finish his answer to Couric.

“What I can say is that there is no doubt that our US troops have
contributed to a reduction in violence in Iraq."

The surge worked by reducing violence. Sorry Republicans and conservative media, that is an admission the surged, against violence, worked!

Despite the fact that the media will continue to badger Obama until he phrases it the way John McCain wants it framed, the surge worked completely and that Barack was completely wrong about it’s possible failure, Republicans will have won this round by creating the media frenzy it desired.
Posted by John Peterson, Democurmudgeon at 7/24/2008 08:20:00 AM