Man Shoots His Lawn Mower in drunken Rage. So? 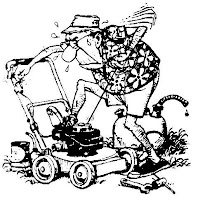 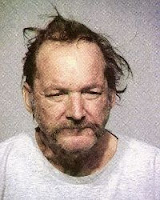 The AP story went something like this: A 56-year-old Milwaukee man is accused of shooting his lawn mower because it wouldn't start. Keith Walendowski was charged with felony possession of a short-barreled shotgun or rifle and misdemeanor disorderly conduct while armed. A woman who lives at Walendowski's house reported the incident. She says he was intoxicated.

If you've been to Democurmudgeon before, then you may have seen the multitude of posts here about how idiotic I think gun ownership is and the constant danger it poses to society (just use the search at the top of the page for "gun" on this site). But today I am happy to announce I am in complete agreement with this guys dramatic steps to teach his non-functional lawn mower a lesson. Or at least put it out of its misery.

You might think that I too have had my share of lawn mower starting problems, right? Wrong, I’ve had great luck with the two that I’ve owned. But it was his yard, his beer and his lousy lawn mower. Maybe he shouldn’t have had the saw-off shotgun, and for legal reasons a felony, but come on. The guy never posed a threat to anyone who didn’t have a small gas tank, mulching blade and rear bagger.

"Walendowski said he was angry because his Lawn Boy wouldn't start Wednesday morning. He told police quote, "I can do that, it's my lawn mower and my yard so I can shoot it if I want."

You can’t argue with that kind of logic. Geez, it’s his yard and he does have every right to shoot his lawn mower, leaf blower or stored away lawn ornaments. Just take the gun away and let him get a new mower. After all the trouble he had trying to get his mower to start, now he faces a possible $11,000 fine and six years and three months in prison.

The guy was pissed at his lawn mower and now someone wants to make a federal case out of it?
What’s next, the police breaking into someone’s home after someone brutally hammered a dysfunctional coffee maker?
Posted by John Peterson, Democurmudgeon at 7/26/2008 09:28:00 AM