Let the state’s do their own thing say Republicans. Get the federal government out of our way...

...not this time though. Conservative governors and AG's are now trying to interfere with another states right to have legalized pot. Hypocritical? Big surprise.

Even more outrageous, they apparently don’t want to or can’t “defend their own borders” like good Republicans are supposed to do. This is another example of how flip floppy hypocritical Republicans are about their unwavering principles. 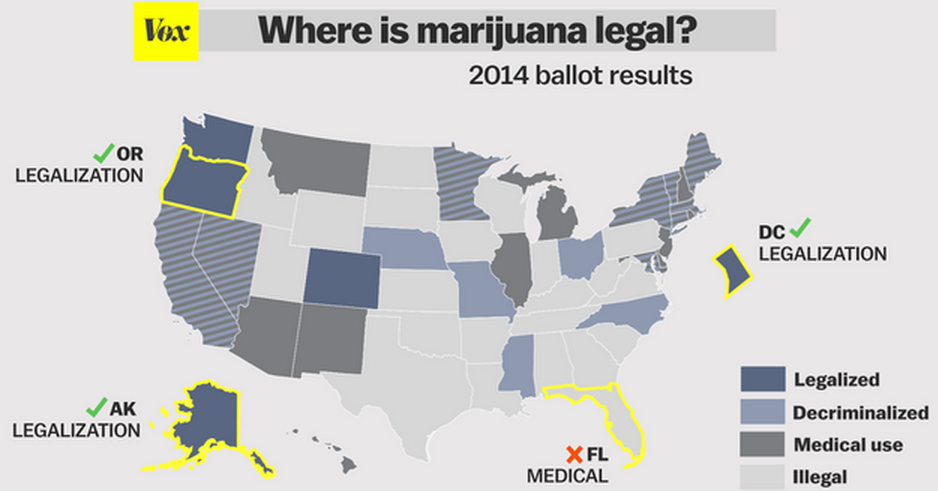 Yes, while state after state pass some kind of marijuana legalization law, the few Republican states that are bucking the trend now want to use the big federal government to reverse that inevitable social transition.
Make up your mind, do you like big government or don’t you?

And they can't control their borders? It’s always someone else’s fault isn't it? Funny, Republicans weren't like this when lax gun law states were pouring firearms into more regulated liberal states. Gee, what changed?

"This contraband has been heavily trafficked into our state," Nebraska Attorney General Jon Bruning said at a news conference in Lincoln. "While Colorado reaps millions from the sale of pot, Nebraska taxpayers have to bear the cost." Bruning, a Republican, blamed U.S. Attorney General Eric Holder for failing to enforce the federal law's ban on drugs in Colorado.

But the federal government dealt with this already, and besides, where’s the proof:

In a policy statement last year, the U.S. Justice Department laid out eight federal law enforcement priorities that states need to protect if they want to authorize "marijuana-related conduct." They include keeping marijuana in-state. The suit doesn't contain statistics to support the claim.