The Rotting Soul of the Republican Party!

There's no doubt torture is a crime, and definitely not Constitutional.

So it was under that premise I asked a conservative how they now felt about silently allowing torture under the Bush/Cheney administration, and if they felt any guilt about not speaking out against it.

That prompted the grotesque picture emailed to me below (I've altered it out of respect to the victim and his family). I have personally steered clear of seeing this and other pictures...ever. But there it was, in my email.

The message to me was clear; the bar had been set so low now, that torture is...okay, see? Yet, the "Like us Facebook/Stop Hillary in 2016" banner is the most jaw dropping ghoulish thing I've seen in years. 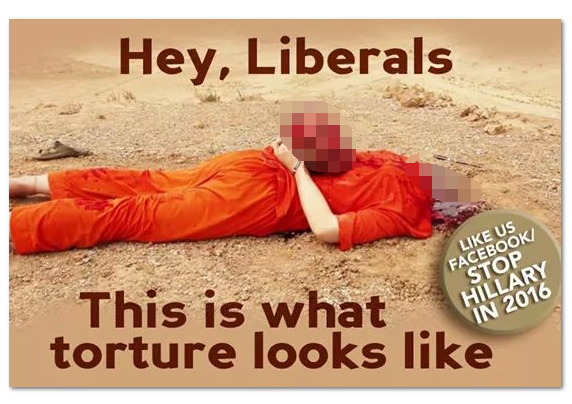 Oh, and I was reminded that my blog posts were just as violent, and that I have an ideology that's destroying America. Sure it is.

Not to be out done, the outspoken cancer stick of radio, Vicki McKenna, posted a similar picture: 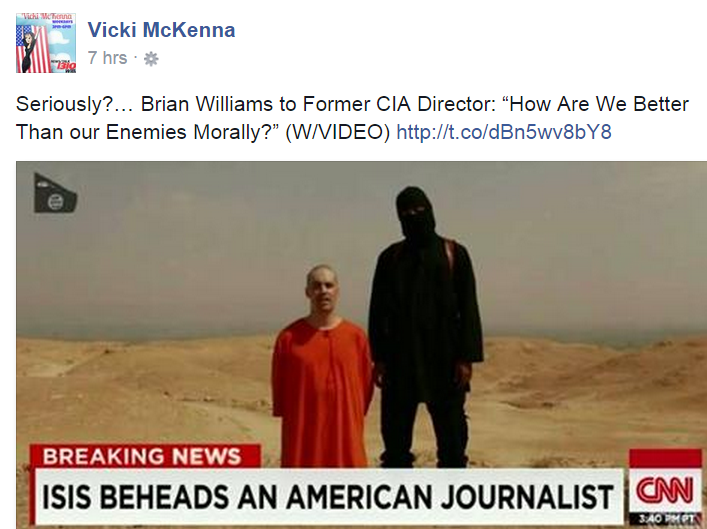