What are Republicans thinking when they watch Charles Dickens’ A Christmas Carol? Thanks to Sen. Frank Lasee's holiday email, we now kind of know, although technically none of it makes any sense.

Never one to let a gift like this go unnoticed during the holidays, let’s unwrap this down-the-rabbit-hole present shall we.

Government is like greedy old Ebenezer Scrooge? Yes, according to Lasee (or whoever he plagiarized in his email update), government could learn a few lessons, just like Scrooge? It's a fascinating insight if anything, and head scratcher: 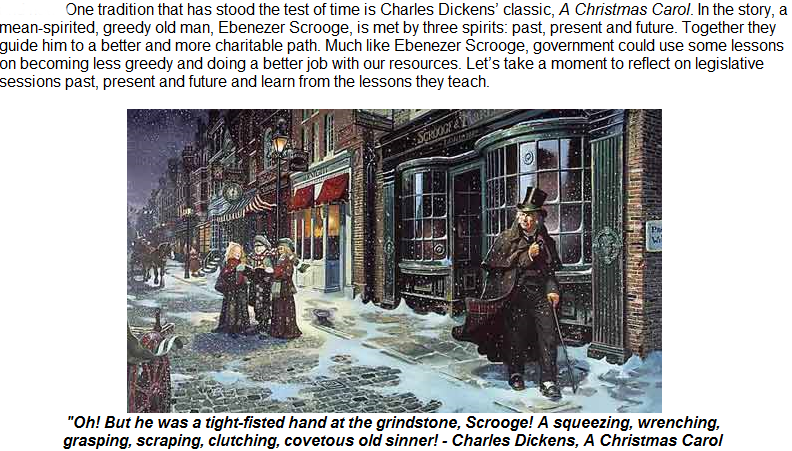 The Great (Jim Doyle) Recession, was caused by tax increases and burdensome regulations? Please, my head is hurting. Forget those irresponsible Wall Street banks, Republican free market deregulation, and the resulting global economic collapse, it was all because of tightwad Scrooge Doyle's tax and spend policies, you know, like Fezziwig at Christmas (I just love the last highlighted line for being totally incoherent):

Wisconsin was in bad shape in 2009. With rising unemployment and a staggering decline in state revenues, experts advised us to brace for the worst. Wisconsin lost nearly 120,000 jobs that year and the state unemployment rate hit a 27-year high of 9.4%. Business morale was down and families were feeling the pinch. Democratic out of control spending by the Democrats and dubious budget accounting practices by the Doyle administration left Wisconsin with a $3.6 billion shortfall heading into 2011-2013 biennium, after a 5 billion dollar tax increase. These crippling tax increases and burdensome regulations hindered new investments and like Ebenezer Scrooge’s office, left Wisconsinites in the cold. 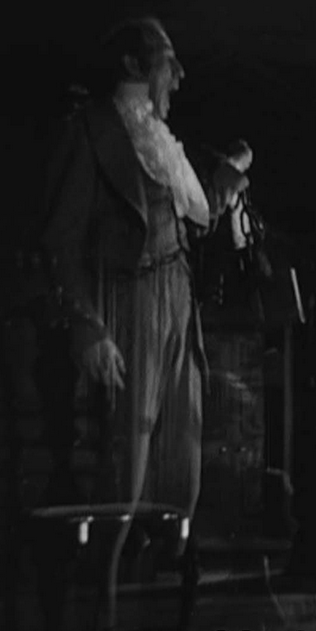 (Marley) “My spirit never walked beyond our counting-house -- mark me! -- in life my spirit never roved beyond the narrow limits of our money-changing hole.

"But you were always a good man of business, Jacob," faltered Scrooge, who now began to apply this to himself.

The apparition walked backward from him; and at every step it took, the window raised itself a little, so that when the spectre reached it, it was wide open.  It beckoned Scrooge to approach, which he did.  Scrooge followed to the window: desperate in his curiosity.  He looked out.

The air was filled with phantoms, wandering hither and thither in restless haste, and 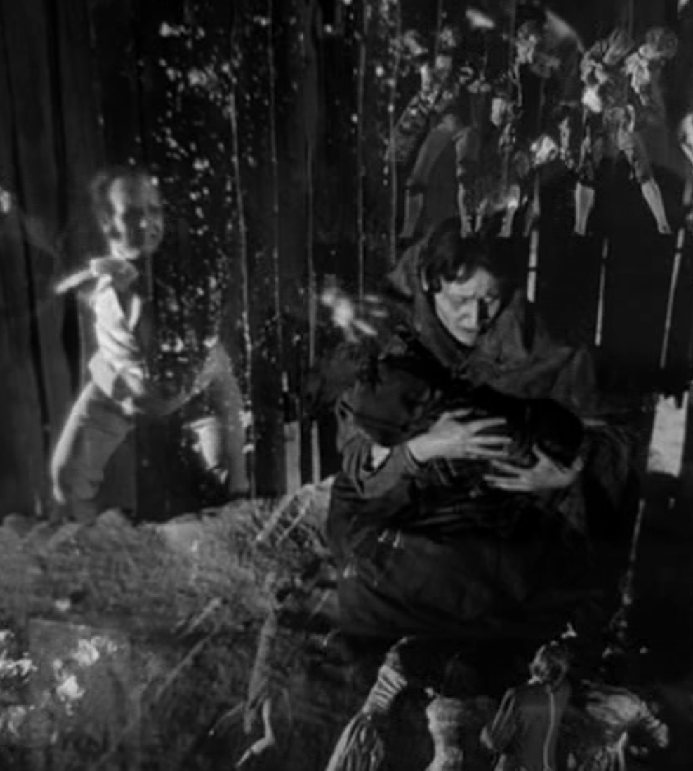 moaning as they went.  Every one of them wore chains like Marley's Ghost; some few (they might be guilty governments) were linked together; none were free.  Many had been personally known to Scrooge in their lives.  He had been quite familiar with one old ghost, in a white waistcoat, with a monstrous iron safe attached to its ankle, who cried piteously at being unable to assist a wretched woman with an infant, whom it saw below, upon a door-step.  The misery with them all was, clearly, that they sought to interfere, for good, in human matters, and had lost the power for ever.