Bankruptcy a new qualification for the post of Economic development director for Milwaukee County. So says Scott Walker. 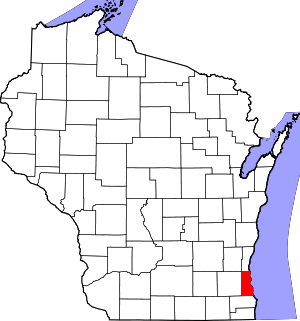 Image via Wikipedia When you’re county executive, who do you put in charge of economic development? You give it to a guy in bankruptcy, of course. A guy who is sticking taxpayers with the bill. No, really.

Not only will Scott Walker make more bone headed appointments, but the media will yawn as he’s doing it. When you thought it couldn't get any worse than having a report declaring Milwaukee County bankrupt, held up until after the election because it might influence voters, (the media yawning again), it got even crazier.

I kid you not, that was the reason given.

Jsonline: Milwaukee County's new director of economic development and his former business partner filed for bankruptcy after accumulating debts of more than $430,000 from the City of Milwaukee and the State of Wisconsin to help finance a failed central city custard stand, leaving taxpayers potentially on the hook for … well over a half-million dollars for a restaurant that closed in November 2008 after operating for less than a year.

Damon Dorsey, who received federal bankruptcy protection in June 2009 and was cleared of his debts in the project, was appointed to the county post in August by Milwaukee County Executive Scott Walker.

Dorsey said he didn't think the failure of his business came up during his interview with Walker.

In a statement, Walker's campaign spokeswoman Jill Bader noted … "He has firsthand knowledge of what business owners are going through."

So one of the top qualifications for the director of economic development is someone who made a bad business decision and went bankrupt? Any wonder why Republicans have no faith in government; they make bad hiring decisions.

And don’t forget: Democratic candidate and Milwaukee Mayor Tom Barrett … questioned why Walker, his Republican opponent, closed the economic development office in his 2009 budget and only recently reopened it.