Trump wants gun nuts to take out the president, if it's Hillary, to stop the appointment of liberal justices...and you'll love the take back:

If Trump does become president, Republicans are already setting themselves up for saying they never supported him anyway, so don't blame them. Democrats better make sure that' won't happen by making them to commit to their selection over and over. 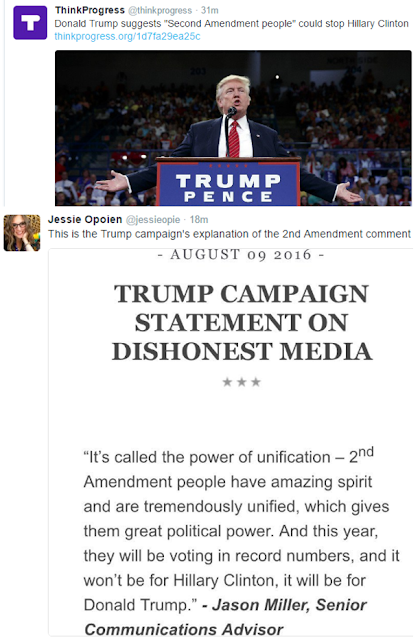