Rabid Republicans throw water balloons at caged Hillary in parade...but "it could have been anybody!!" 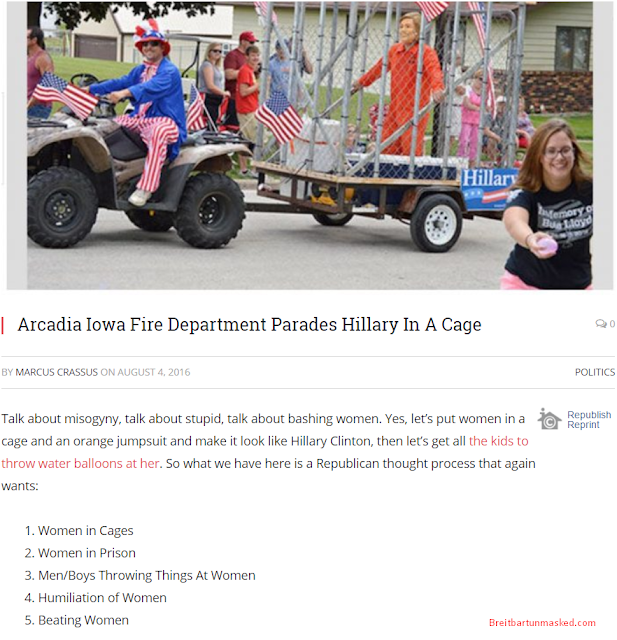 And the reaction by Carroll county Republican officials?

Craig Williams said his organization had nothing to do with the float, but did promote photos of it on FaceBook. “I probably wouldn’t have done that myself, but I can certainly understand some frustrations from people over all the illegal things (Clinton) has done. I don’t feel it was offensive to women. It could have been anybody in there anyone who got away with what she did."