Yes, Republicans are now using their political power to block a Democrat from running for office.

They aren't hiding it anymore. Why bother building up fantasy world scenarios to stoke fear and envy in the base. Pretty much unlike the the ideas put forth by the founding fathers in our Constitution, Republicans see a more authoritarian one party state.

The  Democratic Party of Wisconsin summed it up this way: 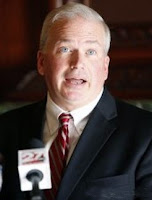 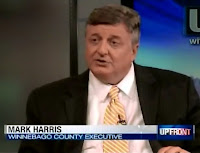 When asked about the proposal in an interview, Sen. Fitzgerald admitted that the“Harris’ candidacy was the impetus for the bill.”