It seems our supposed Constitutionally conservative purists have a different way of interpreting purity than most everyone else. JS:

In a 4-3 decision, the Wisconsin Supreme Court has again broadened an exception to allow police to seize and use evidence obtained from search of private places without the owner's consent to a search warrant.

The dissent called the majority's interpretation so broad as to "swallow the Fourth Amendment," which protects against unreasonable searches and seizures.

The deciding vote came from someone who didn't even hear the case, Walker appointee Republican Justice Rebecca Bradley.


The decision Wednesday was also notable in that Justice Rebecca Bradley joined the majority that overruled the Court of Appeals, even though she had not heard arguments in the case, which occurred before her appointment Oct. 9 by Gov. Scott Walker.

In an ever expanding one party authoritarian state, with policing power that exempts the Constitution in ways that are creative and dangerous, Walker supporters still won't back away from decisions like this:


Republican Justice Annette Ziegler found that police were not investigating a crime but exercising their "community caretaker" function by checking to make sure no other injured people were in the house.

Justice David Prosser, often seen as part of the court's conservative block, has 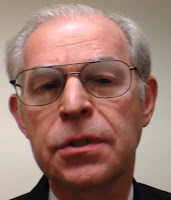 repeatedly joined Abrahamson and Justice Ann Bradley in dissents against broadening circumstances when the "community caretaker" might excuse getting a search warrant in situations that would otherwise require that. He wrote the main dissent, joined by Abrahamson and Ann Bradley .... observed that by the time officers entered the locked room, some 20 minutes or more after they had been in the house, there was little reason to suspect someone else was in the bedroom, but plenty of reason to suspect it might house marijuana. "Officers can now easily conduct a warrantless search in the name of 'community caretaking'; they must merely articulate a hypothetical community need...based on circumstances that they observe," Prosser wrote.

The "majority's embrace of a broad, ever-expanding version of the exception risks transforming a shield for evidence encountered incidental to community caretaking into an investigatory sword."

Still, the fact that Rebecca Bradley voted to weaken the Fourth Amendment should, but probably not,  make anyone clutching their pocket Constitutions seriously reconsider their upcoming vote.
Posted by John Peterson, Democurmudgeon at 2/11/2016 01:45:00 PM