Republicans Affraid of Total Democratic Control. Look What Happened to Them.. 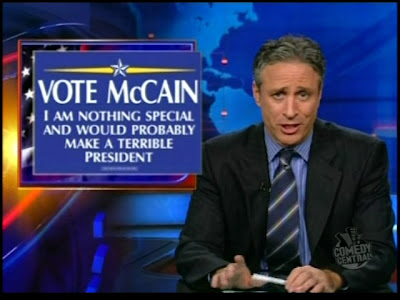 If you’re a Republicans, don’t you find it a little embarrassing to see your party grovel, desperately trying anything it can think of to get elected?

On the defensive across the country and staring down an election that could see them reduced to an ineffective minority in the House and the Senate, congressional Republicans are offering a new argument to voters: the danger of single-party rule in the nation's capital.

You mean like the “dangerous” way the Republicans handled the Congress and White house over the previous 8 years? Do you really want to point out your party couldn’t handle the responsibility? And since Republicans screwed things up so badly, is that a good reason to elect the next president, just because? Or for that matter, a Congressperson or Senator? Just because? It appears so…

"If I lose this seat and one party has control across the board, then you'll see changes," Sen. Norm Coleman told voters last week in Minnesota. In North Carolina, imperiled Sen. Elizabeth Dole warns in a new television spot that Democrats will "get a blank check" if challenger Kay Hagan wins.

How can we forget high/lowlights: In 2004, Republicans widened their control of the House and the Senate, and Bush won a second term. Voters revolted, handing the GOP a defeat as punishment for worsening conditions in Iraq, the botched response to Hurricane Katrina and a spate of ethics scandals.
Now it’s time for the Democrats to show that they have learned something from being in the minority, and prove that government can work, if the right people take charge and responsibility for their actions.