Scott Walker hates the idea of prison reform because he's worked so hard to do just the opposite with "truth-in-sentencing;"

Walker was the lead author as a legislator of the state’s “truth-in-sentencing” law, which ended parole. Though it was softened by the Legislature in the following decade, Walker and the Republican majority Legislature in 2011 reinstituted it and made it even harsher. Walker has never issued a pardon.

Reform Doesn't Work Myth Busted: Walker has never visited a correctional facility like past governors because the people he's put in charge have done so well? Even though other states have succeeded in saving a lot of taxpayer money, there's a conservative vision that has to be maintained:

Walker: "No, to me there's no value to me visiting. To me, there's people that we hire to run the corrections system and, certainly, we'll allow them to do their jobs. When it comes to violent criminals in prison, I want to keep them in for their full terms. Many of my opponents — many of the Democrats running for governor — want to let them out. And want to let them out early ... dangerous ... a bit of a myth" that prisons are full of people incarcerated "merely for possession of marijuana.

The Democratic plan is simple, using the same formula that has worked in other states:


Granting pardons and more paroles; releasing ill and aging inmates; expanding diversion programs, drug courts and other alternatives to incarceration; legalizing marijuana; and overhauling the truth-in-sentencing law so inmates have opportunities to get out early for good behavior.

Which leads me to the Sentencing Projects recent research that makes Walker look again, like a clueless ideologue and idiot. Hint to Walker: go online, learn, join the real world: 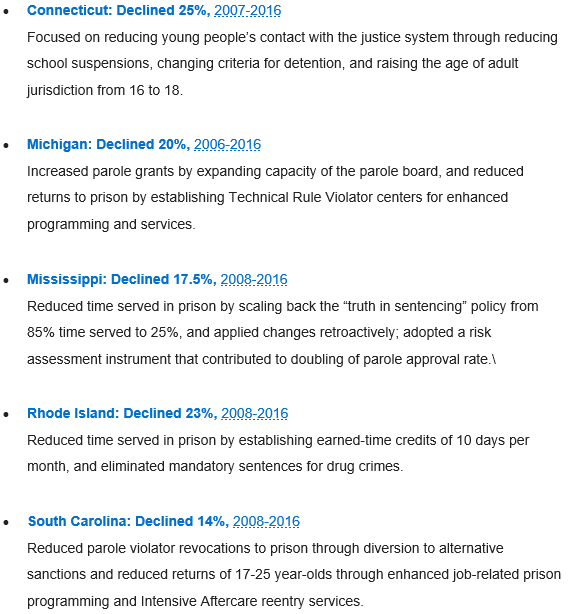 An even clearer picture emerges from this Wisconsin Budget Project story:


An article in the Wisconsin State Journal describes the official’s statements:


“Growing by 35 inmates each month, the state prison system is out of room and will need more beds within three years, the head of the state’s corrections system said Thursday.

The state spent $1.2 billion on corrections services in 2017, more tax dollars than the state spent on the University of Wisconsin System. 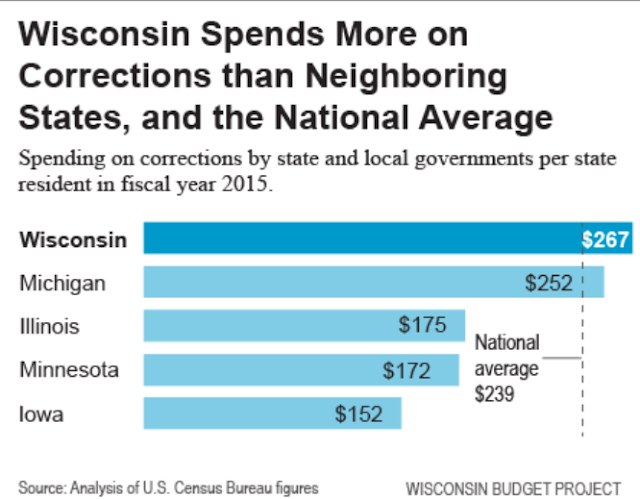