Maternal Deaths in the US rising, Republicans blame Women, not Medical Care.

Pro-life groups have sold their scam to the public for years. They are zealots backed by a radicalized Republican Party that's been played for suckers for years, promising to ban legal abortions.

For years I've asked these groups to explain why they're not supporting life-saving universal health care, demanding life-saving gun legislation, preventing premature deaths from air pollution, and ending the death penalty. Without every item on this list, they're not pro-life...more like a scary cult.

I was happy to see other's picking on this idea: 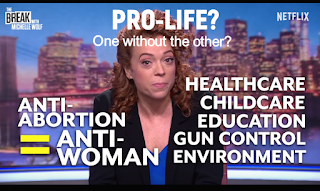 Add to the top of that list, preventing maternal deaths. The United Kingdom's government-run health care, the worst system ever say Republicans, cut maternal deaths by a third:


In the United Kingdom, a team of 10 or more experts reviews maternal deaths to determine what went wrong in each case. The panel alerts doctors, nurses, and hospitals to the problems it finds. Solutions get incorporated into lessons in medical schools.

The same approach has saved lives in California:

Maternal death rate is now one-fourth of the nation’s.

Where is Wisconsin among the 47 states that were part of this review?

Here's the current state of maternal death review across the country:

USA TODAY examined every state to see how they review maternal deaths and read more than 100 reports published by the panels. Among the findings:


1. Fewer than 20 states that have panels studying mothers’ deaths identify medical care flaws such as delayed diagnoses, inadequate treatments or the failures of hospitals to follow basic safety measures.

2. Most reports just list stats or emphasize problems other than the quality of medical care. Cindy Pearson, executive director of the National Women’s Health Network said “Don’t tell me what was wrong with the women. Don’t give me a list of whether they smoked or how much they weighed. Someone was taking care of the women. What did those people do?”

3. Among 10 states with the highest death rates, just four panels reported on flaws in medical care.

4. More than a third of states haven’t been studying deaths at all. At least 1,165 pregnant women and new mothers died from 2011 to 2016 in the 18 states that had no review panels. Some have created panels since, but the federal government does not review maternal deaths.

Missouri's attitude changed but Republicans there did not...


This year, the Missouri Republican appointee Randall Williams, an obstetrician and gynecologist who has led Missouri’s health department since 2017, backed (a review panel) but despite bipartisan backing, the Missouri House voted her measure down in May.

I hope you're sitting down for this unbelievable explanation, Remember, Republicans have made it expensive and almost unthinkable to access health care on demand (mythical wait times for everything). It's not:


Several lawmakers said a more aggressive death review panel would meddle too much in how doctors treat patients. State Rep. Mike Moon, a Republican who spent 27 years in marketing for Mercy Hospital in Missouri, said that women smoking, being overweight and not going to the doctor while pregnant put them at risk for complications that could kill them.

At least 130 more women in Missouri have died from pregnancy since 2012. At least 4,000 suffered severe childbirth complications.

We can sum it up with this observation:


Abby Koch, a senior research specialist at the Center for Research on Women and Gender at the University of Illinois who has helped review moms’ deaths in her state, said the fact that elected officials and state regulators have emphasized infant deaths over childbirth deaths is a sign of bias, too ... “Somehow, it’s a little less universal to look at mothers as well. It’s a political reality: As soon as women become pregnant, they become vessels for the baby, rather than people who have value on their own.”