Here are few comments about the House-passed tax cut passage Paul Ryan is so happy about.

Bruce Bartlett is not just a historian but an expert on supply-side economics. Here's what he thinks about the GOP tax cuts...so true:


Bartlett: "They (GOP) want to tie the deficit around the Democrats necks, and make them vote for very unpopular deficit reduction legislation...when the deficits are caused by the Republicans." 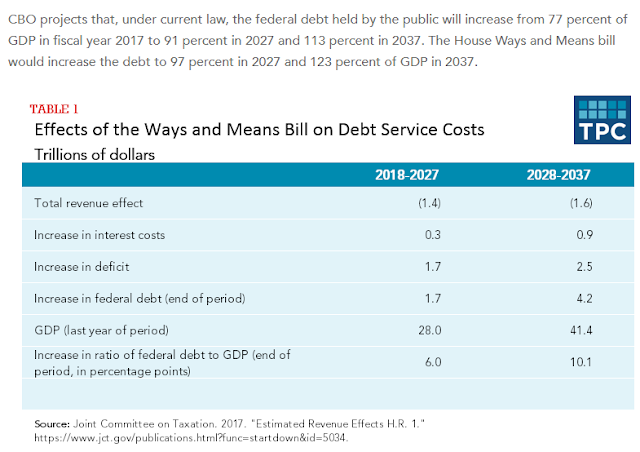 As usual, Ezra Klein cuts to the GOP "tax cut for the middle-class BS, and confirms, there is no such thing as "good old fashions deficit hawks." It's myth Republicans like to bring out whenever Democrats are in office:

Exploding the deficit: Take it from Forbes Magazine's Stan Collender, predicts a permanent annual deficit of about $1 trillion:

Do CEO's think they're going to reinvest in their corporations with the tax savings? 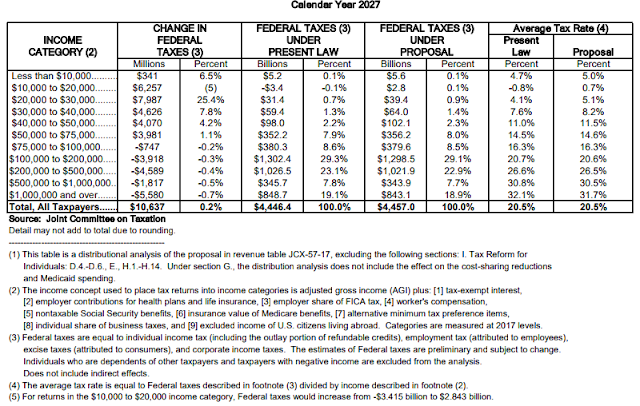