Trump Budget Doubles Down on the Politics of Resentment: "Taxpayer First, " "Compassion for Taxpayer" money going to the poor.

Like our sluggish job growth under Scott Walker, you can thank supply side economic magic for that, tax cuts at the top haven't done squat for job creation. But boy, CEO's love us here.

Trump budget master, "Freedom Caucus" tea party ghoul Mick Mulvaney, titled their brutal attack on their voters,  "A new foundation for American jobs." Funny thing about that, corporate profits have never been higher, yet they've done nothing to invest in job creation. 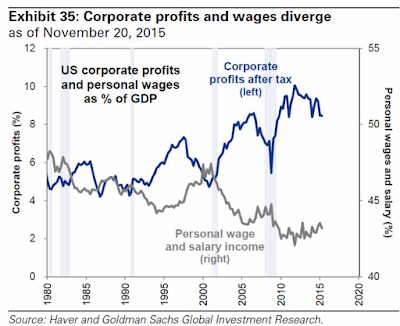 Trump's "Politics of Resentment:" Will GOP Base Finally catch on they're being played? 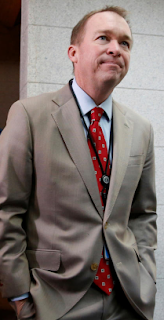 Trump Redefines "Compassion," a word attacked, joked about, and vilified by Republicans:

The Trump administration wants to redefine what "compassion" means.

Mulvaney says it should no longer be measured based on how many programs are in effect or how many people are receiving the benefit. He wants "compassion" to be broadened to include whether the government is ripping off taxpayers by using their money for ineffective programs.

Looking again at the wage vs corporate profits above, is it any wonder why more people are being caught in our safety nets? Why spend money rebuilding America or freeing them from their employers health care plans with an "all payer" health care system, when you an just boot them off these programs?
Posted by John Peterson, Democurmudgeon at 5/23/2017 03:58:00 PM