It's getting ugly, and for good reason. The guy responsible for allowing states to roll back patient protections is on the receiving end of angry constituents:

"He clearly ignited a backlash from his constituents that will be on display," said Maura Collinsgru, health care program director for Citizen Action. "Unfortunately, he's on the wrong side of an issue and I think his constituents will be there to grill him on that."

Following the bill's passage, the Cook Political Report, a Washington-based publication that tracks congressional races, said MacArthur now would have a tougher re-election campaign, and an advocacy group that opposed the repeal legislation began running television and digital ads against him. 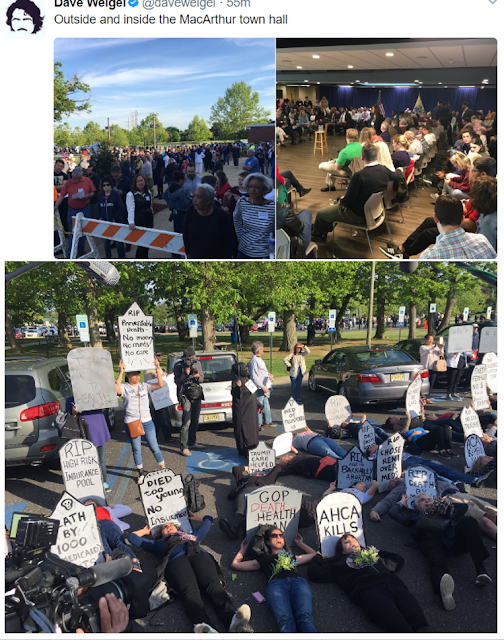 Reporter Dave Weigel kept us updated on the town hall fiasco. Starting his tweet storm from the bottom: 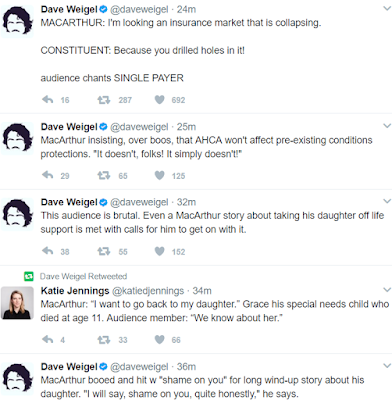