Missouri makes it Easier to Shoot Each Other.

Even in the old wild west, towns collected guns from those entering the city limits. Obviously, they didn’t think to take an “originalist” look at the Constitution.

Missouri lawmakers passed yet another dangerous pro-gun law this year …  this one would allow people to carry a concealed weapon — with no training and no permit.

Basically, it’s called constitutional carry. No limits. Could it be our genius founding fathers wanted everyone to have a load gun with them?

Finally saying what I never found the right words to say myself, and combining “constitutional carry” with “stand your ground/Castle Doctrine” laws: 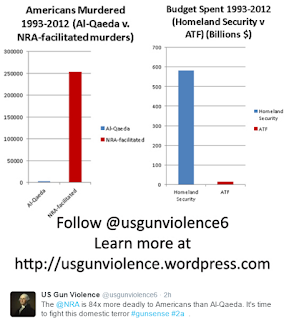 That’s what this whole thing is going to meltdown to someday, if it isn't already happening.

Oh, and speaking of Missouri's "stand your ground" law...that was also changed, as Sen. Holsman indicated above....

The lawmakers also approved a controversial “stand your ground law” ... It would expand the self-defense claim that citizens already can use in a shooting to make them even more likely to get away with an unjustified shooting.