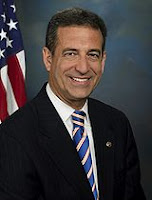 A little noticed vote by liberal favorite and Constitutional advocate Sen. Russ Feingold, on setting federal rules mandating states honor even the “lowest common denominator” concealed handgun permits, should give many pause.
What the hell was he thinking. Right now states can pick an choose which state permits they would allow, a kind of checks and balances system that may prevent some states from repealing or loosening already lax concealed carry permitting.
The Republican amendment to force states to accept any and all concealed gun permits, which Feingold voted to allow, would in time eventually do away with most permitting standards all together. Some states have already done away with retesting after the permit time is up and lowered licencing fees. Gun crazy legend John Lott and author of More Guns, Less Crime wrote this for Fox News (who else would give this wacko a platform):

The legislation before the senate doesn't really break new ground. Most states already recognize permits from other states: 34 states recognize Missouri's permits, 33 for Utah, 32 for Florida, 31 Texas, 26 Ohio, and 24 Pennsylvania. And there is no evidence that these reciprocity agreements have caused any problems.

As you might have noticed, a few states have turned down state concealed carry permits they have found objectionable. Sen. John Thune’s amendment, the one Sen. Feingold voted for, would create a one size fits all rule doing away with a states ability to determine their own public safety laws dealing with concealed weapons.

Feingold also voted not to renew the assault weapons ban. Instead of tightening the weaknesses in the assault weapons ban, and giving it real teeth, he voted to throw the baby out with the bath water.
Lott by the way also made this amazing leap regarding the “positive” impact of concealed carry laws, by suggesting the NRA’s ability to push politicians around has nothing to do with the fact states have not sought to repeal carry laws:

Even though the adoption of right-to-carry laws was highly controversial in some states, the laws were so successful that no state has ever rescinded one. Indeed, no state has even held a legislative hearing to consider rescinding concealed-carry.

That must be why we're all safer now, right? As long as we allow the private funding of political campaigns, and the corrupting influence of big money, we won’t see gun laws repealed and gun related deaths reduced.

A big “win, win” for the NRA.
Newsy.com posted both sides of the debate at their site. They dug deep to present video clips featuring both sides of the issue. I like this sites attempts to leave the viewer with a chance to decide for themselves. No preaching, like that crazy liberal Democurmudgeon.
Posted by John Peterson, Democurmudgeon at 7/26/2009 10:58:00 AM