Republican Radicalism a result of taking Their Crazy Talk Seriously 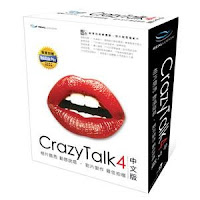 The transformation of the Republican Party to a radical uncompromising fringe element is due in part to a lack of honest criticism by Democrats and the public. We entertained their rejection of science as an honest difference of opinion. We entertained their crazy comments about socialism and liberal support of terrorists as an honest debate about national security. We entertained the idea of deregulation and global competition even as American jobs and pay raced to the bottom. We enabled them. We nodded our heads in respectful disagreement.

Remember when tea bag Republicans declared that "they were the government" and demanded that their elected Representatives listen to their protests? It was an odd moment to say the least.

They are also anti-government, which would make them self loathing or hypocritical. It has never occurred to them that if they reduced government, they would have no one to protest to.

It hasn’t occurred to them that private means “not public,” that is the freedom of business to do what they want, without pubic accountability. Without the federal departments that regulate capitalism, the same bureaucracies they would do away with, angry protests would fall on deaf corporate ears.

It really is that simple.

So it should come as no surprise that the following letter to the Wisconsin State Journal from a concerned conservative reader, rants endlessly about the “cold-hearted bureaucrat” the public elected into his government.

"Join me and re-declare your independence from oppressive government. Refuse government assistance of all kinds, and refuse to do business with anyone who relies on handouts. If you need help, look to your friends and neighbors, not a cold-hearted bureaucrat."

“Refuse to do business with anyone who relies on handouts?” You mean like government handouts to corporations? You mean the minimum wage cleaning person excepting Section 8 housing vouchers trying to keep a roof over their family’s heads? You mean the person on unemployment or food stamps applying for work? Think about it, how would you feel if your neighbor stopped by asking for a handout? Oh boy! The readers letter continues…

"Don't fall for their attempts to pit the working class against the wealthy. They use economic hardship as an excuse to give more power to government while they demonize capitalism and those of us who take care of ourselves."

After watching the deluge of American’s hard earned investments and retirement accounts cut in half, and tens of millions of foreclosures due to voluntary and ignored regulations on Wall Street, demonizing capitalism is not a hard sell these days. Except maybe to the “cold hearted” conservative. He continues with the predictable flag waving section of his letter…

Modern capitalists are still getting hefty bonuses and compensation packages in corporate board rooms on and off Wall Street while lazy Americans pick up the pieces of their now shattered lives and lost savings.

We encouraged this Ayn Rand BS without asking for proof their theories had any logical substance or practical application. The fact that no country has attempted unregulated free market capitalism should have told us something. But we, Democrats and the media, played along and our economy collapsed. Now they want to repeat the same failed theories, expecting a different outcome.

And we're still crazy as a nation to entertain their opinions as if they had substance.
Posted by John Peterson, Democurmudgeon at 7/04/2009 11:51:00 AM