Bush Saved Us, So what are you complaining about? 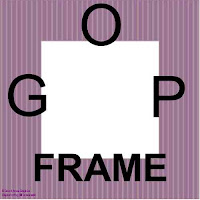 One of the most successfully “framed” issues, packaged and sold through repetition by the Republican Party, has been its prevention of another terrorist attack on U.S. soil.

It’s actually been just the opposite, since September 11th happened well after the Bush administrations took power, and had numerous warnings of an impending attack inside the U.S. which they ignored.

An incredible feat, when you consider they completely change the public perception of a failed security policy, into an administration and Party people most trust to keep us safe.

But this myth will only last as long as no one calls them on it, and GOP loyalists continually remind us of the “frame,” disregarding the reality. U.S. News was wise to point out this “through the looking glass” opinion from a fiction writer, ironically:

“Novelist and Fordham law professor Thane Rosenbaum writes in the Wall
Street Journal, ‘With President Bush-bashing still a national pastime, it's notable how much international terrorism has been forgotten, and how little credit the president has received for keeping Americans safe. ... Terrorism is now largely off the table in the minds of most Americans,’ and ‘in gearing up to elect a new president, we are left to wonder how, in spite of numerous failed policies and poor judgment, President Bush's greatest achievement was denied to him by people who ungratefully availed themselves of the protection that his administration provided."

Where was Thane Rosenbaum's praise and gratefulness, after President Bill Clinton’s 1993 capture of the World Trade Center terrorists, and subsequent 8 years of “keeping Americans safe?” Both attacks happened in the first 8 months of the Clinton-Bush presidencies.