Vote! At the Risk of your Life: It's no surprise that the Wisconsin primary election shocked the nation. Seriously, who would force an in-person election during a "stay-at-home" battle against the Covid-19 pandemic? Republicans of course, since it meant stacking the State Supreme Court with another activist Justice.


If Justice Kelly wins, it would cement the conservative majority’s ability to block any future Democratic efforts to change voting laws and litigate an expected stalemate over congressional and state legislative boundaries during redistricting that will follow the 2020 census.

It was chaotic, irresponsible, ghoulish, and an election day nightmare. Bonus, using a pandemic to suppress voter turnout. My Trump cultist friend in Milwaukee didn't even bring up the virus at all when he bragged about winning two Supreme Court decisions: 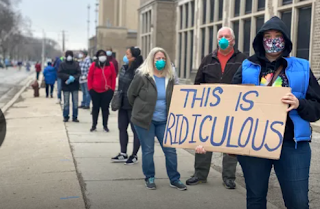 Walking the walk, Vos had no problem proving just how safe it was to go out and vote...


Vos' message was strikingly disconnected from his PPE-heavy outfit, in which the speaker looked more like a surgeon than one of the state's most powerful politicians.


Everyone's horrified and angry but the true tragedy, according to the state's Republican Assembly speaker, Robin Vos, is that people are blaming him and other Republicans for the lethal shitshow and not Gov. Tony Evers, who's a Democrat and everything. Well, Einstein, this isn't the governor's fault because he asked the Republican-controlled legislature to postpone the primary.

And no matter how gerrymandered Wisconsin is, we'd say every Republican Assembly member who's up for reelection in November, which is all of them, ought to start hitting up their lobbyist friends for new jobs. "Let them die" is just a terrible slogan. 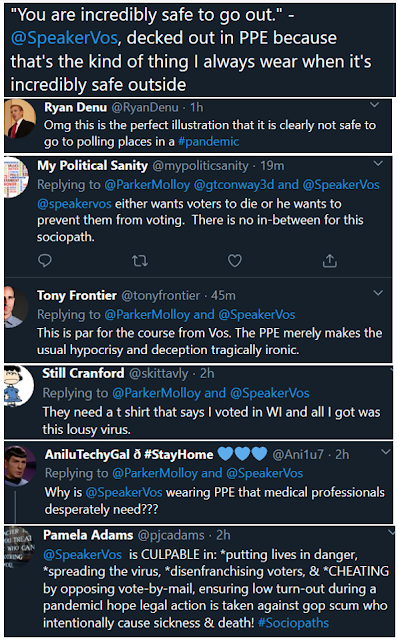 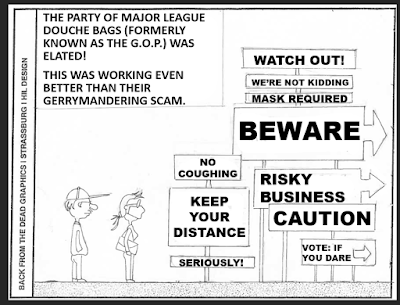 Normal looking election to you? 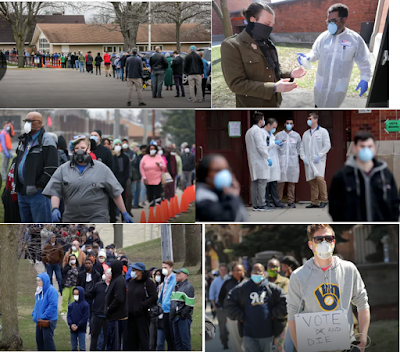 COVID-19 not as important as last day of Hanukkah. Wonkette gets points for remembering:

Way back in September of 2019, Vos asked Evers to postpone a special election because the timing would place the primary on December 30, the last day of Hanukkah, and the second to last day before Hell Year, 2020.

"It is unnecessary to require Wisconsinites to exercise their civic duty to vote on a day they have set aside for a religious purpose," Vos said in the statement. "I respectfully demand that you find a new date for the upcoming special election."

It's also unnecessary to require that Wisconsinites choose whether to literally “vote or die."