Sean "Dumb as a Brick" Duffy Crumbled under Questioning...

The unintended consequence of the Trump era presidency will be a more gutsy, vigilant press...I hope.

The "alternative facts" lunacy from Rep. Sean Duffy took a serious blow when CNN pushed back. Duffy has been a fast talking poser for years, but his appearance here is so embarrassing that no amount of filibustering could save his sorry ass.

This is what happens when Republicans are forced to explain their "thinking" on policy; there is no thinking, just memorized talking points that have no connection to reality:

If only Duffy had picked up a paper, did a little Google search...read something for gods sake if it's something this important. Here's the link dummy: 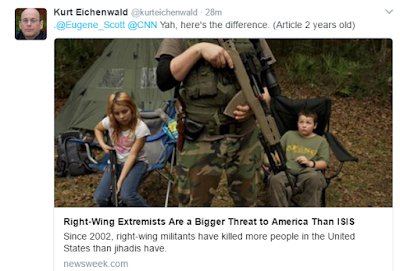