Trump's Authoritarian State and Regime Change..."we have at most a year to defend the Republic." -Prof. Timothy Snyder

The following interview about Trump can be easily applied to Scott Walker, because both have vilified their opposition, especially the media and protesters. The authoritarian lust for power has never been more obvious or frightening:


In an interview with German newspaper Süddeutsche Zeitung, Yale University history professor Timothy Snyder said the threat posed by President Donald Trump means “we have at most a year to defend the Republic” and highlighted the role chief strategist Stephen Bannon is playing in that threat.

During the campaign Trump used the slogan “America First” and then was informed that this was the name of a movement that tried to prevent the United States from fighting Nazi Germany and was associated with nativists and white supremacists. He claimed then not to have known that. But in the inaugural address he made “America First” his central theme, and now he can’t say that he doesn’t know what it means.

And of course Bannon knows what it means. America First is precisely the conjuration of this alternative America of the 1930s where Charles Lindbergh is the hero. This inaugural address reeked of the 1930s. They don’t get that a “disruption” can actually destroy much of what they take for granted. They have no notion what it means to destroy the state and how their lives would look like if the rule of law would no longer exist. I find it frightening that people who talk about the destruction of the American state are now in charge of the American state.

In the February 7 interview, Snyder commented on Bannon’s interaction with the media specifically, noting that he “says in essence that he misleads the public and the media deliberately” and that Bannon’s goal is “the extinction of the whole political system.”

The idea is to marginalize the people who actually represent the core values of the Republic. The point is to bring down the Republic. You can disagree with them. but once you say they have no right to protest or start lying about them, you are in effect saying: We want a regime where this is not possible anymore.

“ When the president says that it means that the executive branch is engaged in regime change towards an authoritarian regime without the rule of law. You are getting people used to this transition, you are inviting them into the process by asking them to have contempt for their fellow citizens who are defending the Republic. You are also seducing people into a world of permanent internet lying and [away] from their own experiences with other people.

Getting out to protest, this is something real and I would say something patriotic. Part of the new authoritarianism is to get people to prefer fiction and inaction to reality and action. People sit in their chairs, read the tweet and repeat the clichés; “yes, they are thugs” instead of “it is normal to get out in the streets for what you believe.” He is trying to teach people a new behavior: You just sit right where you are, read what I say and nod your head. That is the psychology of regime change. 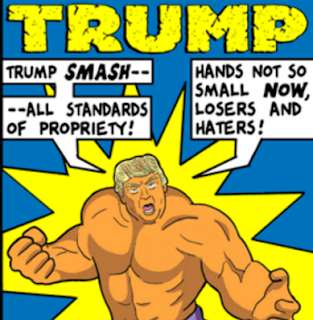