Republicans OK guns to people with “marked subnormal intelligence, or mental illness, incompetency, condition, or disease,” after blaming them for gun carnage!!!

Remember when the Democrats tried to pass common sense gun control legislation after seeing one mass killing after another, but Republicans insisted that all we had to do was just keep guns out of the hands of the mentally ill? Oh look, here are a few headlines to jog your memory: 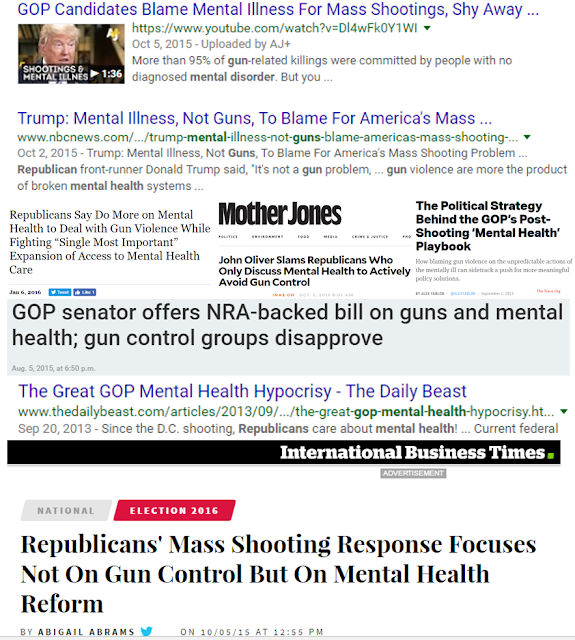 Well, didn't we all think that was just another ridiculous distraction:

One of the most absurd reasons given by Republicans now is this: "Why didn't Obama come up with (______) a long time ago if it were that important." Like you know, every good idea should have been brought up all at once, even decades earlier if it was so important. Why now? Oh, and Obama was a lame duck president too. Speaking of struggling...


Appearing on CNN Friday morning, Rep. John Barrasso (R – WY) defended his vote to overturn the rule ... Although the rule was only put into effect in December, it had actually been in the works for years, and was a response to the Sandy Hook massacre in 2012.

Barrasso: "It's interesting. This is a rule that President Obama came out with in December, long after he was a lame duck president. If this was something he was so committed too, you would have thought sometime in the previous 8 years he might have come out with such a regulation ... This is a new change by President Obama, a midnight regulation on his way out the door."