It's kind of an interesting dynamic; Scott Walker says he wants to spend money on public education, a smaller amount than he originally cut, knowing he'll never get it from the legislature. Aw shucks, he tried, right? 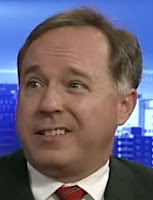 But it's the money taxpayers are losing just under the radar with virtual online schools:

The Nation: In Wisconsin … in March of 2011, while busting the teachers unions in his state, Walker lifted the cap on virtual schools and removed the program’s income requirements. State Representative Robin Vos, the Wisconsin state chair for ALEC, sponsored the bill codifying Walker’s radical expansion of online, for-profit schools. Vos’s bill not only lifts the cap but also makes new, for-profit virtual charters easier to establish. 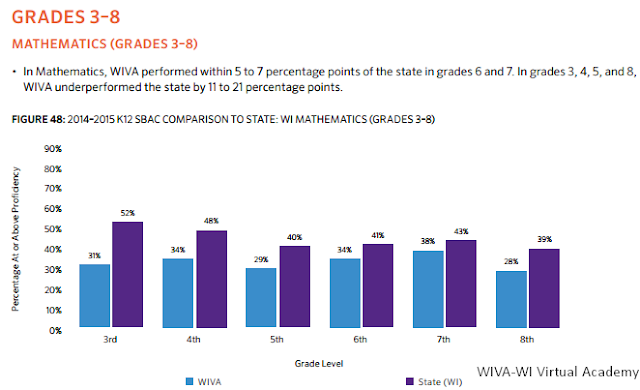 Horrible? Yes. So imagine how embarrassed the guy pushing virtual schools must be now, when voters realize those "evil" teachers were right all along when they tried to stop the movement:


Bob Reber, President of the Wisconsin Coalition of Virtual School Families, said “Despite their millions of dollars, dozens of lawyers and and army of lobbyists who tried to stifle this innovation, virtual schools are a permanent reality and are alive and well in Wisconsin.”

Education Sec. Betsy DeVos backs every effort of privatization, despite the scores shown above. Here are a few of her comments:


School choice’s many components: “We think of the educational choice movement as involving many parts: vouchers and tax credits, certainly, but also virtual schools, magnet schools, homeschooling, and charter schools.” 2013.  "One long-term trend that’s working in our favor is technology. It seems to me that, in the internet age, the tendency to equate ‘education’ with specific school buildings is going to be greatly diminished.” 2013.

Online Charter Schools...what could go wrong? Wow, the internet age!!! And yet, the bad news keeps  rollin' in on those charter online schools:


1. The schools, which deliver instruction entirely or primarily via the internet, tend to attract lower-income, lower-performing white students, then fail to provide those children with the supports they need, the study concluded.

2. "Students in Ohio e-schools are losing anywhere between 75 days and a full school year of learning compared to their peers in traditional public schools and brick-and-mortar charter schools. If kids are in e-schools for a long time, they're likely going to fall very far behind their peers," a policy researcher at the RAND Corporation said in an interview.

3. Closely mirrors a nationwide 2015 study of cyber charter school performance by Stanford University's Center for Research on Education Outcomes, which found that more than two-thirds of the country's 200 or so cyber charters perform worse than comparable traditional schools.

And because taxpayers have money to burn, how about court battles with the privateers?

EdWeek: Ohio state officials contend the nine schools were paid for more than 9,000 students who did not complete enough coursework to be considered full-time. The state's largest e-school, the 15,000-student Electronic Classroom of Tomorrow, has contested the results via a lawsuit and administrative appeals.

The Nation article went on to point out the money to be made through the virtual school scam:


Florida was one of the first states to undertake a program of “virtual schools” … In addition, twelve states have expanded virtual school programs or online course requirements this year.

This legislative juggernaut has coincided with a gold rush of investors clamoring to get a piece of the K-12 education market. It’s big business, and getting bigger: One study estimated that revenues from the K-12 online learning industry will grow by 43 percent between 2010 and 2015, with revenues reaching $24.4 billion.

The rush to privatize education will also turn tens of thousands of students into guinea pigs in a national experiment in virtual learning—a relatively new idea that allows for-profit companies to administer public schools completely online, with no brick-and-mortar classrooms or traditional teachers.