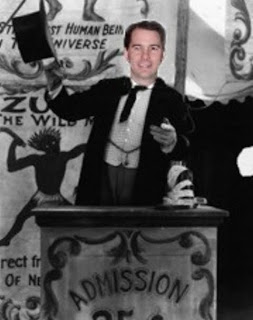 Remember how Republicans made fun of the Democrats for blaming Bush?

Get ready for an onslaught of blame being set up right now by Gov.-elect Walker and the Republican legislature in January. In an unusual attempt to blame Gov. Doyle and the Democrats later on for draconian cuts to our social safety nets, Walker is trying to lay the ground work to fault negotiated labor contracts ending in July that cover the last biennium. These are contracts that will be all over by July, and will have nothing to do with the next budget under Walker’s watch.

WUWM: Republican Governor-elect Scott Walker is again calling for work in Madison to stop until he takes office in January. Walker wants lawmakers to put aside labor contracts for more than 30,000 state employees. He says newly elected leaders need maximum flexibility to deal with budget deficits.

Bryan Kennedy is president of AFT-Wisconsin, which represents 10,000 state employees says he's not sure what Walker's trying to accomplish, because the new union contracts would not impact the budget Walker will propose in February. Kennedy says the move sends a signal that the new state administration isn't willing to engage in good-faith bargaining.

Kennedy isn’t saying it, and he should, but Walker wants to shift blame and the budget problems off onto the unions. Plain and simple.