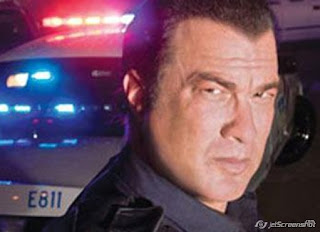 For a conservative party that never misses a chance to bash Hollywood types, is mining Hollywood types they like, to push their fear campaign of illegal immigrants.

Sheriff Arpaio says the new civilian posse of more than 50 members gives citizens a chance to fight the illegal immigration problem that inundates their border state. " Mr. Seagal, who starred in several movies, is a sworn deputy in New Orleans. Mr. Ferrigno, who played the "Incredible Hulk," works as a reserve deputy with the Los Angeles County Sheriff’s Office.

Another new civilian volunteer is Peter Lupus, who formerly starred on "Mission
Impossible." "These guys are busy with their acting careers so I don’t expect
them to be here on duty very often," Sheriff Arpaio said.

The sheriff also said Dick Tracy, a retired Chicago police official who now lives in Arizona, also has joined the posse, along with Wyatt Earp, a Phoenix resident whose uncle was the famous lawman of the same name.