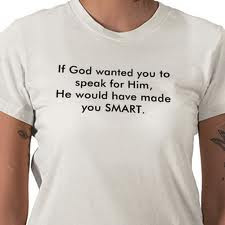 This is the reason I’ve always hated the Catholic Church.
Wisconsin State Journal: St. Mary's Catholic Church in Platteville, stung by a plunge in donations following the arrival of three controversial priests, has issued an urgent plea for money to keep its parochial school open.
The 75-year-old St. Mary's Catholic School is subsidized by the church, which has seen weekly donations fall more than 50 percent in four months … the school, with 106 K-8 students, needs an additional $200,000 to keep the facility open through the end of the school year.
The financial crisis coincides with Madison Bishop Robert Morlino's decision in June to bring in three priests known for traditionalist liturgy and devotion to orthodox Catholic teaching.
Changes the priests have made, including barring girls from being altar servers, led to a petition last month signed by 469 of the church's approximately 1,200 members asking Morlino to immediately remove the priests.
In a response letter to the parish last week, Morlino said the priests have his full support and will stay. He chastised parishioners for conduct he called "gravely sinful.""It grieves me to acknowledge that the reputation of three happy, holy and hardworking priests has been seriously tarnished by rumor, gossip and calumny — lying with the intent to damage another's good name — by some within the parish community," Morlino wrote in the letter.
Fay Stone, a 25-year St. Mary's member, said people are leaving and taking their money with them. Weekly collections had been running between $10,500 and $11,500 prior to the priests' arrival and now average barely $5,000.
"They're teaching morals, and that's what we need," said Barbara Splinter, a 45-year member.” The priests are "being treated very terribly," she added. Mike Worachek said he's disappointed that his fellow parishioners aren't giving the priests a chance. "I think people should grow up and face the reality that people are different and you have to accept them for what they are," he said.
Posted by John Peterson, Democurmudgeon at 11/07/2010 04:36:00 PM