Spineless Democratic Weasel’s Want Pelosi Out. It’s time to throw the Blue Dogs out and take the Party Back. 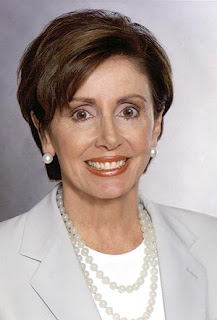 Letting the conservatives call the shots by demonizing Nancy Pelosi to get Blue Dog Dems to drum her out as the minority leader, because it supposedly energizes their base, is intolerable.

A growing number of the rank and file say they won't support House Speaker Nancy Pelosi … "The reality is that she is politically toxic," said Illinois Rep. Mike Quigley, one of several Democrats who are trying to pressure Pelosi to step aside … Most of the Democrats are moderates from conservative districts who have toiled to distinguish themselves from their liberal leader, and who watched dozens of like-minded Democrats go down in defeat.

These bustards have got to go. If they’re in conservative districts, then let them be conservative if they can’t win the battle of ideas.