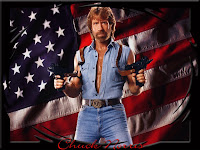 In the opinion piece, "Republicans descend like fire ants on Obama," Bob Sandow neatly summerizes the run up to assassination. Remember, this whole movement is an unabashed public plan to motivate someone to kill.

"Did you ever notice how similar Republicans are to fire ants when dealing with a threat? They are fast, venomous and focused. For the GOP, President Obama is a big threat.

Calls for his failure were started by Rush Limbaugh ... Terms like socialism were tossed about ...health care ... Jim DeMint, said he would make this Obama's Waterloo - and destroy the threat. The organization of health care "protesters" included groups associated with terrorist Tim McVeigh (the Oklahoma City bomber) and people with guns and patriot tree blood quotes on T-shirts similar to the one McVeigh wore. "Death to Obama" signs popped up with racial slurs and claims of his Nazi affiliation.

There was no acknowledgement that socialism and Nazism are at opposite ends of the political spectrum. Fire ants are never confused with facts after all.

Things got worse with "death to Michelle" and death to "her 2 children" signs cropping up. In Idaho Obama (hunting) tags were considered, and elsewhere ministers ranted that they wished the hated Obama was dead.

Tossing out ideas like internment camps, death panels, health care rationing, and "Obamacare" further their effort with complete disregard of the truth. That the Republicans continued their attacks on Obama's school speech is a good indicator that the tenacious attacks will continue ...
Posted by John Peterson, Democurmudgeon at 9/29/2009 09:00:00 AM