Charter Parents Willing to Throw Lots of Money into Charter Pockets, Despite Liens Against School. 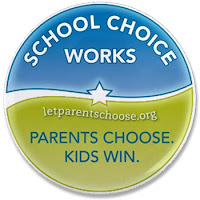 Typically, conservatives are usually the ones whining about the costs and failures of the public school systems, pushing privatization in the form of vouchers and charters. Besides the big issue of money, they also claim "parents know best." How should they be viewed now, after seeing how they've responded to the outrageous situation below?

TCPalm, Florida: The school board voted 3 to 2 to deny Imagine Schools (an) application for a middle school on its Fourth Street campus.

Board members Matt McCain and Karen Disney-Brombach cast dissenting votes. “There are some issues, but I think we can work through them,” he said. Disney-Brombach also said she knew the school has been successful, despite the concerns about the application. “Parents know what is best for their students,” she said.

"Some issues?" "We can work through them." "Parents know what is best..." What are some of these minor issues anti-public school, charter advocates are so quick to minimize?

The school’s parent corporate office received more than $800,000 a year.

Liens filed against the charter school’s finance company, School House Finance, by unpaid subcontractors ... claiming they have not been paid for work done at the current Imagine Schools campus. One lien was filed against Imagine for $5.2 million by the school’s contractor.

Other issues included questions about how the school would handle special needs and gifted students and dismissal procedures for misbehaving students.

Where's the "fiscal" sensibility of charter advocates who don't like throwing more money at public schools? Aww, what the heck, give these profit hungry privateers your money anyway. Maybe then they can pay their bills.
Thanks to Schools Matter for the story.
Posted by John Peterson, Democurmudgeon at 9/23/2009 03:02:00 PM