Well, this was a disaster too...Trump walks back his manly adlib moment:

But this doesn't make all the difference, while it shows you how absurd this walk back is. And yes, it clarifies everything:


Trump said he was not convinced it was Moscow. "I have President Putin, he just said it's not Russia ... I don't see any reason why it would(n't) be.  "

Trump was "for" his comments before he was "against" them:


Earlier Tuesday, Trump blamed the media for misinterpreting his remarks in Helsinki and defended the Putin news conference by citing the thoughts of a rare supporter who stuck up for him: Sen. Rand Paul.

"Thank you @RandPaul, you really get it!" Trump tweeted, citing a comment by the Kentuckian that "the President has gone through a year and a half of totally partisan investigations - what’s he supposed think?”

It's all here, a compilation of clips proving what we've been hearing for the last year and a half makes yesterday the big reveal:


MSNBC's Katie Tur: That doesn't make any sense. If you want to say that he meant it would not be Russia, he forgot to say "not," he sees no reason why it would not be Russia, then you would have had to put a blindfold over your eyes and ear plugs in your ears and not heard the rest of that news conference -- which sided very strongly, to use a word that the president likes, with Vladimir Putin. 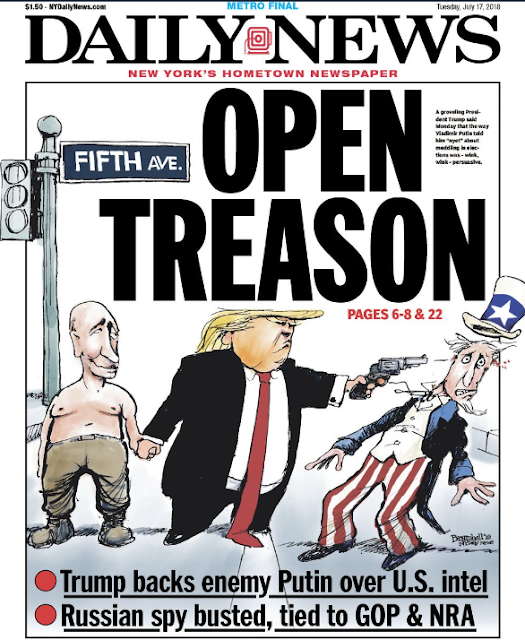 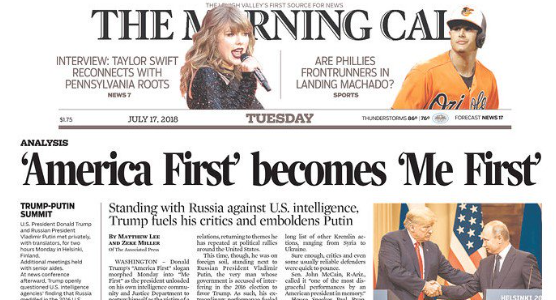