This blog post is an easy one, and proof AG Brad Schimel is first, not so smart, and second was never really qualified for the job. We all know that "tough on crime" truth in sentencing laws were costly and disastrous. That goes without saying.


Running Wisconsin’s prisons costs state taxpayers more than $1 billion a year. The facilities in recent weeks have held more than 23,600 adult inmates, putting the prison system at a record high.

So the Democrats decided to run on the least controversial prison reform plan ever, something that's  already been implemented by 35 states, both Democratic and Republican:


JS: Some 35 states cut both crime and incarceration between 2008 and 2017, according to the Pew Charitable Trusts (separate from the Pew Research Center). Much credit is due to state-level efforts to provide alternative forms of accountability for nonviolent offenders, streamlining of release for parole-eligible inmates — and other reforms. President Barack Obama’s efforts to reduce the federal prison population, while perhaps mostly symbolic (the federal system accounts for a small share of all incarceration), focused public attention on the issue.

Money saved could go to schools, infrastructure, healthcare etc., but no, Schimel apparently doesn't do much reading or is blindly taking orders from Scott Walker and the GOP legislators still pushing outdated ideas everyone is moving away from;

Schimel ripped the candidates in a call with reporters, saying their plans to significantly cut the number of inmates in state prisons shows either a lack of knowledge on the candidates’ part of how the state’s criminal justice system works, or an intent to mislead the public about the kind of offenders prisons house. “I’m stunned at the irresponsible proposals being made,” Schimel said. Schimel called on the candidates to identify which kind of offenders would be released under their plans to cut prison populations. 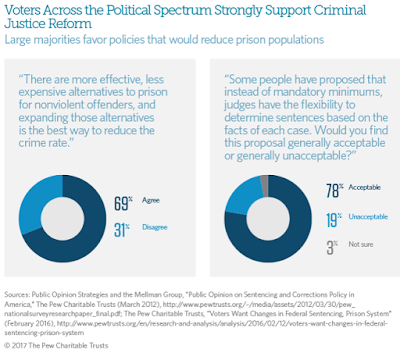 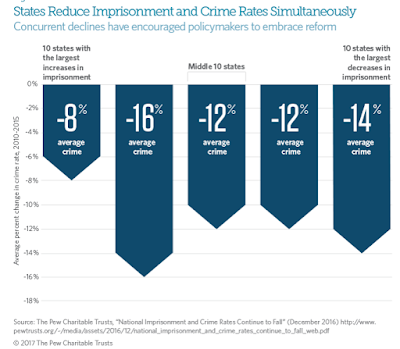