The national laughing stock we call the Wisconsin Supreme Court is now that finely tuned, shaped and twisted conservative hammer Scott Walker and the legislature envisioned it to be.

Their decision not only told a Catholic private college what it can or can do, but also redefined "academic freedom" and intentionally gave conservatives another weapon to silence dissent; exposing personal information under the guise of "academic freedom," to threaten dissenters who oppose their righteous cause. 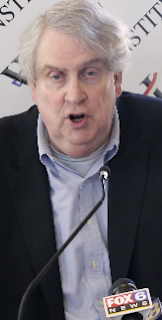 "At Marquette University, we are proud that we have taken a stand for our students, our values and our Catholic, Jesuit mission. This case has always been about Associate Professor John McAdams’ conduct toward a student teacher. The professor used his personal blog to mock a student teacher, intentionally exposing her name and contact information to a hostile audience that sent her vile and threatening messages." She left the university to finish her studies in Colorado.

She left Marquette, that's how bad it got. The part "vile and threatening" should have tipped off the justices...nope.


In a 4-2 ruling, the Court ruled that Marquette University political science professor John McAdams, 72, was improperly suspended after he publicly criticized a graduate student by name on his politically conservative blog, leading to threats against her.

It got so bad that it forced the graduate student to leave the university. So using her name and posting her personal email is now considered "academic freedom?" McAdams attorney said yes, using the term "painting a target on their back" to send the not so subtle message, it's open season folks:


Esenberg said the university's claims that McAdams had endangered the graduate instructor were overblown. "If criticizing somebody amounts to 'painting a target' on their back … then none of us are free to say anything."

How partisan and embarrassing is our Republican Supreme Court? Our newest right-wing Justice unintentionally exposed her deep-seated anger over the myth that conservative students are picked on and threatened on "liberal" college campuses. With buzzwords like "offending" and "sensitivities," Bradley was not making a legal argument: 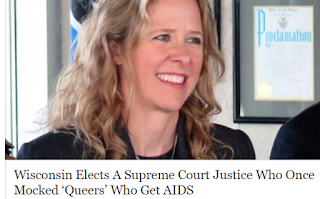 Justice Rebecca Grassl Bradley stressed the importance of academic freedom, saying it was being increasingly undermined on college campuses.


"Academic freedom means nothing if faculty is forced to self-censor in fear of offending the unforeseen and ever-evolving sensitivities of adversaries demanding retribution."


"The undisputed facts show that the University breached its contract with Dr. McAdams when it suspended him for engaging in activity protected by the contract's guarantee of academic freedom." The conservative-leaning court ordered the Jesuit university to immediately reinstate McAdams and sent the case back to a Milwaukee County Circuit Court judge to award damages, including "unimpaired rank, tenure, compensation and benefits."

Academic Freedom means you can expose someone else's personal information? How odd it must have been when the Circuit Court strongly defended the university and the graduate student:

Milwaukee County Circuit Judge David Hansher ruled in May 2016 that the professor was prohibited by professional standards from bringing negative public attention to a student ... dismissing all six of McAdams' claims against Marquette in a 33-page ruling with a recitation of what academic freedom is — and is not. Academic freedom, Hansher wrote, "does not mean a faculty member can harass, threaten, intimidate, ridicule."

And like most conservative activists I know, when it comes to their actions and deeds, it's never their fault:


McAdams maintains that the "unkind" emails the graduate student instructor received were the result of other media writing about it; not his original blog post.

Cranky McAdams used the finely tuned right-wing media machine to do the rest. You'll notice that Fox News and McAdams both failed to mention the use of someones personal information:

The two supposed "liberal" Justices (anyone who isn't far right apparently) pointed out the obvious in their dissent:


Justice Ann Walsh Bradley said the majority erred "in conducting only half of the academic freedom analysis. It fails to recognize, much less analyze, the academic freedom of Marquette as a private, Catholic, Jesuit university. As a result, it dilutes a private educational institution's autonomy to make its own academic decisions in fulfillment of its unique mission. Apparently, the majority thinks it is in a better position to address concerns of academic freedom than a group of tenured faculty members who live the doctrine every day."

It appears Hobby Lobby has greater religious rights than private Catholic college like Marquette University? You can't make this stuff up. But it's getting scarier.

Feel free to post McAdams address and number here, and continue that discussion of free speech on a more personal level. I found a number and address with a simple search, not confirmed, but John Charles McAdams should be out there.
Posted by John Peterson, Democurmudgeon at 7/07/2018 12:46:00 PM