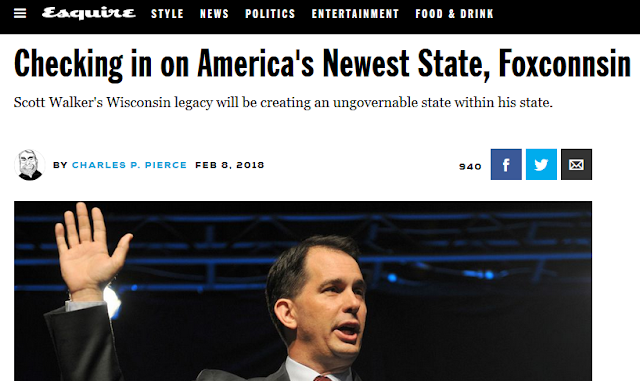 
And it wouldn’t be a trip to America’s Dairyland if we didn’t check in on the Foxconn project. Apparently, they’re going to get their own Amtrak stop. From Urban Milwaukee:

The board will also take this proposal up as an opportunity to discuss the need for transit service to the Foxconn development in Pleasant Prairie. The Public Transportation Review Board will also hear about a proposed bill (Assembly Bill 918) in the state Legislature that would prohibit city governments from regulating taxicab companies. Under the proposed legislation, the state’s Department of Safety and Professional Services would be the sole regulator of taxicab companies, maintaining control of all licensing for companies and their drivers.