Public opinion never did matter much to Republicans dead set on rolling out their deadly firearms agenda, and now it's showing, vividly.

Instead of keeping guns from getting in the hands of the next mass killer, Republicans turned background checks upside down, and into...more guns in schools. Funny, I'm beginning to think Republicans are the mentally unstable folks who definitely shouldn't have guns.

Oh, and a real lesson for soon-to-be voting age high schoolers who live at home and won't have any problem at all registering to vote:


WPR: Republican state lawmakers on Tuesday blocked their Democratic colleagues' attempt to take up a bill that would institute universal background checks for gun purchases in Wisconsin ... GOP lawmakers used procedural moves to replace the measure with a proposal to fund grants for schools to provide firearms to safety officers.

Madison high school students joined Democratic lawmakers in the Capitol on Tuesday morning to call for strengthening Wisconsin’s gun laws in the wake of another deadly school shooting. "We have an obligation to these kids, to the people of the state who want us to act on background checks," said Rep. Chris Taylor, D-Madison, during the floor debate. "This is the bare minimum we should be doing."

What did Republicans find so unreasonable that they had to put everyday Wisconsinites lives at risk? Something is very very wrong when the following is called "all politics all the time:"


...proposal to institute universal background checks, and bills that would prohibit individuals convicted of domestic violence from buying firearms and outlaw the sale of bump stocks, which make weapons more deadly.


"It's all politics, all the time. And I think it's really sad, and it's really cynical, because they are preying on the fears of some Wisconsinites and using it for their own political purposes."

And again, the evil Democratic terrorists are leading the charge, and this time with the next generation of voters fed up with ruthless killing and Republican inaction:

Some gun rights advocates have pushed for arming teachers in response to the violence. Students pushed back on that idea. "I think the question we should be asking is what if we did something to prevent the action from happening in the first place?" said Caitlin King, a student a Memorial High School in Madison.

Prevention, Republicans ask? What's that? Student get it...heck, everyone gets it except for our Republican NRA lackeys. They either know or are just plain stupid. It should be embarrassing. WISC:

Democratic Minority Leader Gordon Hintz, D-Oshkosh, said Democratic lawmakers have been pushing gun legislation "for years," but it "hasn’t been a priority" for GOP lawmakers in power. "We have reached the point where enough is enough," Hintz said. "The silence has been deafening for too long in this state."

Despite the mass shootings, Republicans are stuck in some kind of Bizarro World 1950's time bubble where none of this is really happening: 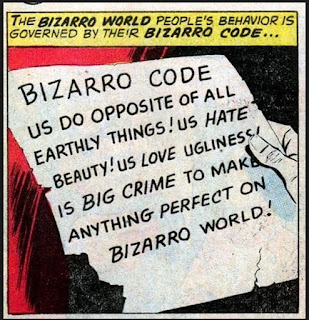 Republicans had proposed a bill, supported by the National Rifle Association and other firearms advocates, that would have allowed individuals to carry concealed guns without getting training or state permits, and in some cases bring them onto school grounds. Also, on Monday, Rep. Jesse Kremer (R-Kewaskum) began circulating for signatures an 11th-hour bill that would allow the carrying of concealed weapons in private schools and reducing the penalty for carrying a weapon on public school grounds to a Class B forfeiture.