The real reason for the Decline of Coal!!!

John Oliver continues to do the work news networks should be doing. If you thought renewable energy and low natural gas prices were the big reasons the coal industry is taking a hit, well, that's only part of the story:

John Oliver, HBO and Time Warner have been sued for defamation for allegedly executing a "maliciously planned attempt to assassinate the character and reputation" of an Ohio coal company and its boss during a long-form story about the industry on Last Week Tonight's June 18 episode ... accusing Oliver and HBO of a "callous, vicious and false" attack on the coal industry, part of their "most recent attempt to advance their biases against the coal industry and their disdain for the coal-related policies of the Trump administration."

Oliver's Last Week Tonight segment lampooned the Trump administration's effort to revive the coal industry, saying coal has declined over decades as other energy alternatives have advanced. He also jokingly likened coal to "cocaine for Thomas the Tank Engine."

Murray's claim that President Trump "gets" the coal industry was caustically dismissed by Oliver on the show. "Uh, hang on there, Bob, no he doesn't. He barely gets what mining is," Oliver said. 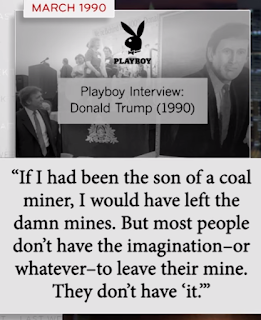