Republicans set bad example, push e-Cigarettes as safe addictive habit. It's anything but...

It's hard to say if Wisconsin Republicans pushing e-cigarettes as safe had actually influenced middle and high schoolers, but you can't rule it out either after these "subtle" public statements: 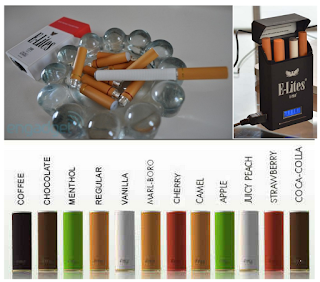 jsonline: Even as the nation's second-largest city is moving to ban electronic cigarettes where tobacco smoking is prohibited, Wisconsin lawmakers are considering doing just the opposite. A Republican-sponsored bill to clarify that using e-cigarettes indoors is legal, despite a statewide ban on indoor smoking, drew opposition Wednesday from doctors, scientists and others who cited concerns over the product's safety.

"If this bill passes, Wisconsin's children with their young brains so sensitive to nicotine may be put at risk. Why would we do that?" said Dr. Michael Fiore, a University of Wisconsin professor who also founded the UW Center for Tobacco Research and Intervention

Sen. Glenn Grothman's bill would do the opposite, explicitly allowing e-cigarette users to inhale the nicotine-laced vapors indoors despite the state's 2009 law that prohibits indoor smoking.

U.S. Senator Ron Johnson is seeking answers on new regulations for e-cigarettes. “I just want to make sure the FDA really understands what it’s doing, what the impact will be on businesses and jobs, and on those individuals whose lives have potentially been saved because they’ve been able to kick the habit using e-cigarettes.” Johnson said the regulations could cost the industry millions of dollars. “Let’s face it, there’s a lot of bad things that unfortunately get in the hands of our children.  If you want to put them on a scale, I guess I’d rather have them using e-cigarettes than smoking normal cigarettes or taking heroin.”

So this was just the next unhealthy step:

Across the nation, the number of teens using e-cigarettes dropped dramatically last year. But in Wisconsin it was just the opposite.

The Centers for Disease Control and Prevention said Thursday that 11.3 percent of high schoolers used e-cigarettes in 2016, a sharp decline from previous years. Wisconsin went the other direction, seeing a rise to 13.3 percent.

Dona Wininsky is director of tobacco control and public policy for the American Lung Association in Wisconsin. "I think there’s still a perception that e-cigarettes are less harmful than regular cigarettes and so for some kids who never would have tried smoking cigarettes they get the idea this might be a safer alternative," Wininsky said.

So what's the big deal? Just how bad are e-cigarette products for middle and high school students?


1. Most contain the chemical nicotine, which is addictive. When you stop using it, you can go into withdrawal and feel depressed and crabby. Nicotine isn't good for people with heart problems. And some initial research shows it may hurt your arteries.

2. Harm the developing brains of kids and could affect memory and attention.

3. Damage unborn babies. Pregnant women shouldn't use anything with nicotine.

4. Some brands contain chemicals including formaldehyde -- often used in building materials -- and another ingredient used in antifreeze that can cause cancer.

5. Flavors in e-cigs also use a buttery-tasting chemical called diacetyl … when it's inhaled, it can be dangerous. "Diacetyl is a well-known harmful chemical, which, among other things, causes a lung disease called 'popcorn lung,'" says the American Lung Association.

6. A 2016 study in the journal Pediatrics found that teens that never smoked but used e-cigs were six times more likely to try cigarettes compared to kids who don't vape. A study in the Journal of the American Medical Association in 2015 found a connection too.

Labels: e-cigarettes
Email ThisBlogThis!Share to TwitterShare to FacebookShare to Pinterest