The anti-science, anti-education Republican Party are really at a disadvantage when it comes to physics, specifically this part of Newton's Law: "For every action there is an equal and opposite reaction."

Things were just fine when armed Second Amendment thugs bullied women's anti-gun groups; armed losers scared the daylights out of families in fast food restaurants; those 20 kids and 5 adults mowed down in an elementary school proved we should have had armed guards everywhere; and militia groups formed to take back our country from an power mad unworthy black president.

Bunkerville's Cliven Bundy was a real American hero, and mental health issues explained the shooting of Democratic Rep. Gabby Giffords and not the telescopic site markings on a map from Sarah Palin's website. In fact, the right wings pollster Rasmussan Report just posted this unsettling result that proves radicalized conservatives believe they can do no wrong: 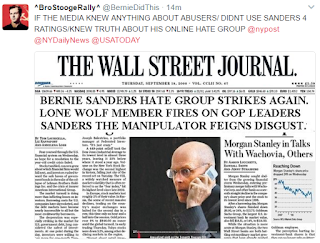 Fifty-five percent (55%) of Americans agree politics is to blame for the incident that left one of the GOP’s top House leaders in critical condition and aren’t writing it off as just random violence.

By comparison, just 28% said the shooting of Democratic Congresswoman Gabrielle Giffords and the killing of six others in Arizona in January 2011 was the result of political anger.

The baseball shooting that targeted Republicans is an example of Newton's law, and Republicans are freaked out about it. But wait, liberals don't like guns...what happened?


Those who track extremism say that while there are a few far-left groups that raise red flags, their numbers remain small.

Much of the conservatives' anger has been aimed at "Antifa" — short for "anti-fascists." Antifa are loosely affiliated groups of mostly young people; "People are desperate," says one masked counter-protester, a student at Evergreen State who gave his name as Felix. "They see the government turning back to regressive Reaganomics and racist undertones and rhetoric, so once they start kicking 25 million people off health care, then you're going to start seeing riots."

Mark Pitcavage, a senior research fellow at the Anti-Defamation League's Center on Extremism: "The far left is very active in the United States, but it hasn't been particularly violent for some time."

He says the numbers between the groups don't compare.


"In the past 10 years when you look at murders committed by domestic extremists in the United States of all types, right-wing extremists are responsible for about 74 percent of those murders. You have to go back to the 1970s to find the last big cycle of far-left extremism in the U.S.”

Pitcavage says Wednesday's shooting attack ... is a warning sign. He is especially concerned because the shooter apparently was not particularly extreme in his political ideas; his views were seemingly in the mainstream left.


"One act does not a trend make. But I am concerned that, in this highly polarized and divided society, more people who have stances that fall within the mainstream, on the left and right alike, may consider political violence an attractive option."

From NPR audio, the complete report: