"Shut Down" by the Republicans Not the Same Beach Boys Song 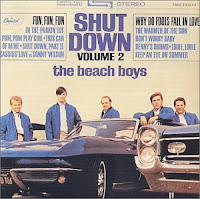 While Canadian Support Strong, U.S. Consumers Ready to Dump Auto Industry for Foreign Relicance on Wheels.
Since the 1950’s, the U.S. has romanticized the relationship between man and automobile. It was a teenage right of passage, an industry of street machines that spurred the imagination and a rock song genre of classics that could not have been written anywhere else in the world. In 2008, consumers were willing to give up that large piece of Americana to history and foreign manufacturers promising a few bucks of income and no job security.
This shortsightedness almost boggles the mind. But after years of conditioning, the Republican characteristic of short term planning with little concern for what happens long term, has destracted the public from a fiscal policy that strengthens Amercia’s global position while maintaining its traditions. Look to those citizens of the north in Canada, who have somehow recognized the importance of maintaining an entire industry. Even their conservative Prime Minister understands that future taxpayer outlays may still be essential. According to the CBC:

A majority of Canadians are comfortable with billions of dollars in government loans for the ailing auto industry, a new poll suggests.The Canadian Press Harris-Decima survey found that 56 per cent of respondents supported the notion of "proportional, repayable loans," while 33 per cent were opposed. Prime Minister Stephen Harper said the public money is "obviously" at risk, and more government funding for the auto industry may still be needed.

A CNN/Opinion Research Corp. poll conducted in early December found 61% of those surveyed said there should be no such government aid.

Once President Bush and Dick Cheney lambasted the Republicans in Congress for inaction, they did the only responsible thing by lending the industry money. That move seemed to knock some sensibility into the publics thick skulls.

The Wire: According to a CNN/Opinion Research poll, sixty-three percent of those surveyed say they support the decision to provide bridge loans to General Motors (GM) and Chrysler.

But again, with shortsighted conditioning from the conservative voices that dominate the media, many would still dump an industry that makes a product every family and business will have to purchase sometime in the future:

But 70 percent say that the companies should be allowed to enter bankruptcy if they require additional assistance. The survey also finds that 65 percent of the respondents would not be likely to buy a car from an auto company that has entered bankruptcy.